The attention swirling around the latest marketing buzzword reflects advertisers’ acceptance that sharing on the likes of Facebook and Twitter is just the tip of the social media iceberg.

While it is getting easier to monetise core fans on the big networks, marketers are beginning to ask how they can measure that latent interest in their content where the majority of traffic is coming from emails, messaging services and other untraceable channels instead of from earned media.

For Team Sky, understanding dark social traffic is key to swelling its commercial coffers, demonstrating its ability to sponsors to become more relevant to passive consumers of its content. The cycling team is using link shortner and sharing widgets, developed by ad tech business RadiumOne, to measure all content interaction across its websites, social media and mobile platforms.

It has been gathering data for the last 18 months and now plans to use that “wealth of information” to create new target groups. Music and automotive are two areas the team claims to have uncovered through dark social with early tests on the latter contributing to Jaguar’s decision to renew its deal for five times as much.

Malph Minns, head of partnerships at Team Sky, says the team, like the wider sports industry, has to magnify its audience in order to grow commercial revenues, placing more urgency on the need to build that “connected audience” picture.

“Our sponsors already buy digital advertising to support their sponsorship of the team,” adds Minns. “Now we’re saying we can’t just provide our immediate audience to you in an accessible way but also that secondary audience, which is a massive commercial opportunity because the reach has been magnified.

“The way we attribute value to the digital audience is a great unknown in sponsorship and for me what we’re doing now is one of the first opportunities to do that in a way that isn’t just display advertising.”

How to illuminate the dark side of social media traffic

The majority (84%) of people share digital content across the internet, according to a RadiumOne-commissioned global survey of 9,027 consumers by researchers Tpoll, launched in parallel with an event hosted by the Marketing Society. Among those who share, nearly a third (33%) only share via dark social channels and half of that amount are aged 55 and above. More than half (69%) of all sharing activity takes place on email, instant messaging and forum posts in comparison to the 23% on Facebook, according to the study.

The findings highlight an untapped opportunity for marketers to deepen their knowledge of the path to conversion. While case studies on how to build strategies around dark social are few and far between, there are signs that brands are beginning to illuminate the dark side of traffic.

Universal Music Group is using the core fans of artists such as Ellie Goulding to act as a seed audience that drives clickthroughs from prospective fans, connected to or similar to the original group. The approach, which combines impending short URL sharing and acting on social insights in real-time, lifted the performance of programmatic media campaigns by 300%, claims the record label.

Meanwhile, Time Inc is shaping brand partnerships for titles such as Marie Claire and NME to lift the value of its deals, claiming that people are more likely to “narrowcast to acquaintances” rather than disseminate content widely on social media.

Minns says: “Dark social for us is a great way of understanding who our next fan is. It doesn’t matter if we’re sharing a shortened URL on Facebook or if the click is getting captured on the website, we’re then able to build that one picture rather than having different silos of information in different places and then trying to overlap it.”

Measuring how online conversions are occurring beyond their walled gardens is something both Facebook and Twitter are trying to build. Facebook’s acquisition of WhatsApp gives it access to how smaller groups of people are sharing content away from the spotlight of the big network, while Twitter is letting developers and brands embed a mini version of the service inside their apps.

Jamie Robinson, global research and insight director at We Are Social, says dark social is “getting a lot of column inches at the moment” because brands are scrutinising the value of social content amid the rise of social messaging.

He adds: “Brands should certainly be doing everything they can to understand their audience and how they are consuming content, and this includes improving the way they measure dark social. Introducing something as simple as the WhatsApp share button is proven to have already helped brands better track IM sharing.

“While keeping track of sharing on dark social is important, it’s just one piece of the bigger, overall measurement picture. Many brands are still not properly monitoring and evaluating the effectiveness of their activity on social channels; getting this right first should be their number one priority.” 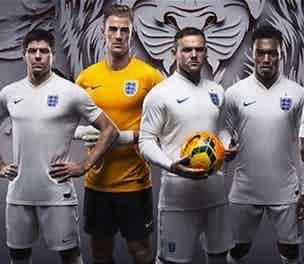 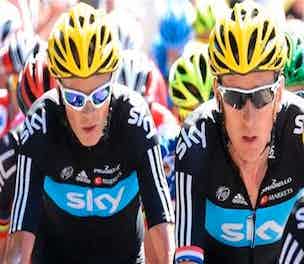 Team Sky is looking to monetise the high profile it has enjoyed since the success of riders Sir Bradley Wiggins and Chris Froome by using a tool that allows sponsors to see in real-time how their branded content is being shared.