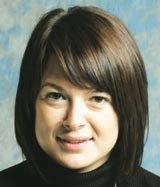 Vanneck, who was appointed at the end of last year, says that the marketing team put the promotion in place before she arrived at the beginning of March. However, as the former promotions director at Times Newspapers, observers expect her to introduce a promotion-driven strategy to the Telegraph Group.She says that the Telegraph will not be joining the rush to give away music CDs, but will instead look at developing more meaningful promotions.

The new positions she is looking to fill include retail promotions and partnership manager and head of brand strategy and communications.Vanneck adds that she is “not currently” reviewing the Telegraph’s advertising and media agencies Clemmow Hornby Inge and Universal McCann, but her priority “is to recruit people”.

The Daily Telegraph reported a drop in average net circulation for February on January of 1.46 per cent to 907,329 according to the Audit Bureau of Circulations. The Sunday Telegraph dropped 0.77 per cent to 686,779.

The RAC lags behind the AA, while Aviva’s Norwich Union wants to supplant RBS as the UK’s top motor insurer. A merger could be just the ticket, but a culture clash looks likely. By Martin Croft

Phones4U entrepreneur John Caudwell has lost a court battle to stop a smaller rival from trading under the name Phone4U.co.uk.

Unilever brand vice-president William Brown has been made interim marketing director for personal care. The move to Lever FabergÃ© is a sideways step for Brown, whose Unilever brand role gave him responsibility for the global corporate identity of Unilever, developing it with a new logo and mission statement in May last year (MW February 19,2004). […]