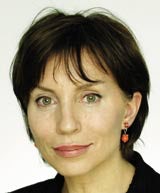 The replacement of Dominic Lawson as editor of The Sunday Telegraph last week with Daily Telegraph deputy editor Sarah Sands seemed a clear message of intent by owners the Barclay brothers.

The Telegraph Group, long the dominant force in the daily broadsheets sector, looks set to challenge The Sunday Times for its pole position in the Sunday market. But Sands, who has made the Saturday edition of The Daily Telegraph the top-selling day of the week for the newspaper, has a tough task ahead of her.

Despite breaking some high-profile stories, including the “nannygate” saga that eventually lost David Blunkett his job as Home Secretary, The Sunday Telegraph’s circulation has been in decline. It shifted 629,689 copies in May, excluding bulks, down 7.17 per cent on the previous year. In the same period, The Sunday Times increased its circulation by 1.49 per cent to 1,335,645 copies, excluding bulks.

Former Telegraph Group sales director Chris White-Smith says Sands is the right woman for the job, having made the Saturday Telegraph “the shining light, the success story of the group”. He expects Sands to make significant changes to the newspaper. A September revamp was already planned by her predecessor, but one possibility is introducing a tabloid format, as The Times and The Independent have done. The Sunday Times has yet to adopt a smaller version, but the Observer is changing to a Berliner format next year. “Making The Sunday Telegraph a tabloid would create a radical point of difference between it and The Sunday Times,” he says.

Sands, whose husband Kim Fletcher resigned as editorial director of the Telegraph Group in the wake of her appointment, is mulling over how to accomplish her mission of creating sufficient impact to attract new readers.

“But the problem she will face doing this is attracting younger readers to what is regarded as ‘the newspaper of the establishment’ without alienating its core older readers.”

As for overtaking The Sunday Times and stealing its crown as the bestselling broadsheet, that could be too tall an order. Manning Gottlieb OMD press director Mark Gallagher says it is unlikely that any Sunday title could knock The Sunday Times from its pedestal. “The Sunday Times has such a strong, stable position in the market that everyone else is on a hiding to nothing,” he says. “That said, Sarah has done a great job with Saturday’s Telegraph and I bet there are plenty of people who read The Times during the week but buy the Telegraph on Saturdays.”

But Sands could be facing an even harder task. She spent ten years at the Evening Standard, including stints editing the Londoner’s Diary page and as features editor. This knowledge of Associated Newspapers and a possible move to tabloid format has led many to speculate that the Barclay brothers’ target is, in fact, The Mail on Sunday, which had a circulation of 2,172,193, excluding bulks, in May.

Marc Sands, marketing director of The Guardian and Observer newspapers, says: “The Sunday Telegraph could be used as a Trojan horse against The Mail on Sunday.”

One thing is for sure, The Sunday Telegraph’s new editor has her work cut out.

Golley Slater is to launch a new promotional marketing division led by two former Yellow Submarine staff. Cal Ledward, who was client services director at the now-defunct agency, and Eileen Neale, who was associate director, will work closely with Golley Slater Direct.

First Choice Holiday, the holiday company, is reviewing its Â£4m creative and media agency accounts following a restructure of its marketing department.