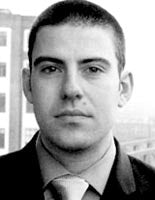 Last week’s Factfile (MW April 26) reviewed research by the Chartered Institute of Marketing into the efficacy of advertising media. The research concluded that while some media have advantages over others, consumers consider television to be the dominant force.

This may be the case, but the commercial TV market is split. It is performing strongly in terms of audiences, but it has suffered from a severe deflation in revenue in the first half of 2001. While this is having a catastrophic effect on the market capitalisation of listed TV companies, it means cheaper TV advertising.

The time lags between price changes for airtime and demand alterations show that demand for TV advertising is not price sensitive in the short term. This has important implications, as for most companies media is a major investment. Does this mean TV is worth less in terms of return in the first half of this year, compared with the first half of last year?

The economy and structural environment are causing headaches, but current economic indicators do not warrant the magnitude of the slump in demand for TV airtime. Employment has reached a record high, retail sales in March were up 4.8 per cent on last year; whole economy investment grew by 2.6 per cent in 2000 and will continue to grow. Additionally, the UK is enjoying the longest period of sustained low inflation since the Sixties. Nevertheless these indicators do not govern the economic mood of the UK and with the recent stock market adjustment and the US situation, there appears to be a definite lack of confidence and recession is constantly mooted in the press.

If there is a slump, the positive effects of advertising in a recession have been documented in the book Advertising Through A Recession, by P Barwise. This concludes that long-term shareholder value is maximised by maintaining advertising investment.

It is difficult to understand why more businesses are not taking advantage of weaknesses elsewhere in the economy, which have led to the fall in the cost of TV advertising in the period from April to June by over 20 per cent. This fall must improve the potential return of investment for TV ad spend, in the short and long term. There are no doubt structural and macro-economic reasons for this paradox, but for those advertisers that regard television advertising as a strategic, long-term element of their business marketing plan, the current climate must be seen as a real opportunity to reap rewards and gain market share.

TV should not be ignored. Especially as the one thing we can definitely predict, is the cycle of the TV advertising market. Specifically, prices will rise again to natural levels, in the not-too-distant future.