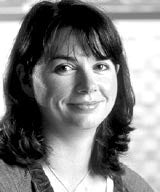 Cable operator Telewest is preparing to launch its video-on-demand service to 500,000 digital subscribers and has hired Beeb.com marketing director Lesley Henry to lead the roll-out.

Henry joins at the end of this month as head of broadcast interactivity, and will take charge of the Front Row pay-per-view film service, interactive advertising and development of the video-on-demand service. She will report to TV commercial director David Hobday.

Last year, Telewest tested video-on-demand in 30,000 homes in Essex between April and December. Hobday says it was “primarily a technical trial”. He adds: “From a technical point of view, it was successful, the consumer reaction was positive.”

The service will offer film, sport and television programmes, and will use content from the joint-venture with the BBC. Viewers are able to stop, rewind, fast-forward and pause programmes, and pay either for each programme or through a subscription covering unlimited access.

Telewest, which last year merged with Flextech, has 1.6 million subscribers and has transferred 350,000 to digital services. Hobday says this figure will reach 500,000 by March.

The video-on-demand service will be launched after this, though he says the details of the service depend on how it develops under Henry. It may be branded as Front Row, or use another name.

But Hobday adds that it will be a “major” operation and will be backed by a substantial ad campaign through Saatchi &amp; Saatchi.

Henry, who worked for Coca-Cola before joining Beeb.com, will also develop “personalised” interactive advertising and programming, which will be tested this year.

Nestlé is considering rolling out a range of novel food products after signing a deal with UK company BioProgress Technology International, which has developed an alternative to gelatin.

A leading online copyright specialist has called for urgent tightening of controls for policing the Net. Net Searchers, which provides Internet brand and trademark protection services, has published its Net Protection Survey 2000, based on interviews with 4,000 intellectual property specialists in Europe and the US. The survey questioned law firms and in-house intellectual property […]