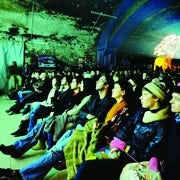 Secret Cinema is a bi-monthly screening event that fuses film with performance, design, theatre and music. Attendees dress up to fit the theme of the show, held in a secret location, but they do not know what the film is until the opening credits roll.

Organised by Future Shorts, it has 133,000 ’likes’ on Facebook and more than 100,000 YouTube subscribers. The company is working with Stella Artois and the Cannes Film Festival to produce Future Shorts ONE, the largest simultaneous short-film event in the world.

Last November, more than 15,000 cinema goers bought tickets for a screening of Laurence of Arabia at Alexandra Palace in London, complete with sand and camels, which put Secret Cinema in the top 10 box office sales for films in the UK that month.

“The fusion of live theatre and cinema is intoxicating; suddenly you’ve stepped into another world where you can interact with live actors who look identical to those you see on celluloid,” says Guardian News & Media consumer sponsorship and events manager Vanessa Smith. “It’s not just about escapism; it’s about imagination, passion and the chance to engage with the world of film.” 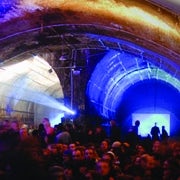 The brand has attracted high profile partners, such as Windows Phone and The Guardian, which uses it to target 20- to 30-year-olds, who are “intellectually curious and highly engaged with cult movies,” says Smith.

She praises the marketing technique used by Secret Cinema that centres on secrecy, word of mouth and consumers being part of a special community – Secret Cinema’s tagline is ’tell no one’.

“The mystery is what makes Secret Cinema so successful and enticing,” says Smith. “Many events sell out with attendees having no idea what they are going to experience.”

Secret Cinema communicates with its followers in character, giving them hints via email about the theme of the next film. “Word of mouth is its most powerful marketing tool, says Smith. “Audiences can’t wait to tell their friends they must go and book themselves a ticket, even though they can’t tell them what they’ve experienced.”