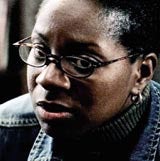 Tequila/London’s initial three-year contract with the Army will begin on April 1, when CFW’s contract comes to an end.

The brief for Tequila/London involves direct marketing to individuals who respond to national advertising and marketing but have yet to apply for an army career.

It also includes the management of its Camouflage communications programme, which targets 13to-17-year-olds interested in an army career. Management of the army’s CRM database is also part of the brief.

The Army claims to have over 120,000 members in its Camouflage programme.

Late last year, the Army poached a director from the incumbent CFW, Rachel Owen-Jones, as its head of DM and CRM.

She reports to marketing director Mark Bainbridge and is expected to oversee the revamp of Camouflage’s visual identity.

Mark Bainbridge says: “The recent launch of our Career Group recruit marketing strategy, which targets specific groups, has increased recruiting figures significantly. Part of this success is due to the effectiveness of our marketing database, which has grown in sophistication and gives us greater understanding of our key audiences.”

Above-the-line creative work for the Army is handled by Publicis.