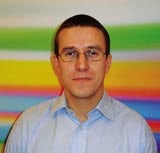 The latest Ofcom report on digital television take-up indicates that Freeview’s growth is now outstripping Sky’s by nine to one. Freeview-only households now make up about 20 per cent of all homes, and we forecast that this will rise to 33 per cent by 2008.

Freeview will become an increasingly important digital platform as the analogue switch- off date nears, and yet the advertising industry still tends to refer to multi-channel homes as an homogeneous group. By doing this it neglects to recognise the subtleties in viewing behaviour between platforms.

We have found that by failing to acknowledge these differences, advertisers are not reaching Freeview homes as effectively as they could – a concern given that Freeview is the fastest-growing platform with the most upmarket profile.

Multi-channel homes account for 62 per cent of all households, but for the more valuable audiences penetration is even higher; 70 per cent for 16- to 34-year-olds and 77 per cent for housewives with children. Our analysis of 15 advertising campaigns that normally target housewives shows that, on average, eight percentage points of coverage were lost in Freeview homes compared with the overall multi-channel reach. So, for instance, an ad that achieves 90 per cent coverage in all multi-channel homes reaches only 82 per cent of Freeview homes.

This under-delivery is largely because Freeview households are often assumed to be no different from Sky or cable homes in terms of their viewing habits. In fact, they should be treated as a third, distinct group – different from both terrestrial and pay-TV viewers (Sky and cable have very similar viewing patterns).

Furthermore, the channel portfolio of Freeview homes is significantly different from pay-TV ones, not least because Freeview has about 30 channels compared with the 200-plus channels available through Sky and cable platforms.

The high proportion of news and factual channels available through Freeview, combined with the relatively upmarket profile of homes owning this medium, means these genres are watched significantly more in Freeview homes. As a result, channel mixes developed for multi-channel homes are not as effective in Freeview-only homes, leading to under-delivery of campaigns.

Agencies must consider the subtleties of Freeview viewing in its own right if they are to avoid under-delivery of their ads in these homes.