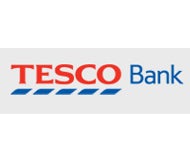 Pitt will join later this month and will report to Tesco Bank chief executive Benny Higgins.

Tesco Bank is currently hiring thousands of staff in Glasgow and Newcastle to service the planned increase in customer numbers.

It is also looking to widen its product portfolio and open more in-supermarket branches.

The acquired RBS’ 50% stake in its financial services offering following the appointment of Benny Higgins as chief executive in 2008.

Pitt’s appointment follows the departure of commercial and marketing director Paulette Rowe in July last year after only seven months in the job.

Rowe had joined in December 2008 from the RBS Group where she was chief executive of European consumer finance. Prior to RBS, she was managing director of retail at NatWest. She joined RBS Group in November 2001 from GE in the US as brand director for RBS’ NatWest bank.