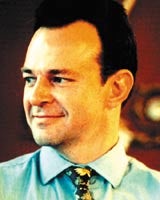 Tesco marketing director Tim Mason has accused the television industry of being “too introspective” and failing to cater for its customers, viewers and advertisers.

Speaking at ITV’s conference Television Matters on Tuesday 14 May, Tesco’s chief marketer said he had “sympathy” for the industry, which is facing a period of regulatory change, the potential merger of ITV and the explosion of TV channels.

But but he added that TV, despite being a powerful medium, needed more focus on viewers, new and better programmes, national event-based shows and bigger audiences. “We need all of the people some of the time,” he added, and warned that if the demands were not met “then viewers and advertisers will drift away”.

ITV marketing and commercial director Jim Hytner had earlier opened the one-day conference saying: ” We know we have to try hard as a medium and as the brand leader we have to sprinkle a bit of magic over that medium.”