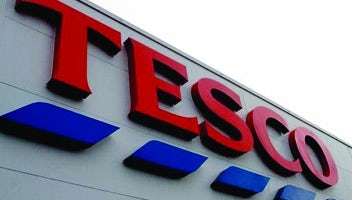 The mobile site is the next stage of Tesco’s digital strategy and the first of its transactional sites to be mobile enabled.

It follows the launch of the Tesco grocery smartphone app, which now includes barcode scanning.

Angela Maurer, head of web and mobile development for Tesco.com told Marketing Week that the mobile site is designed to make Tesco.com as “inclusive” and “optimised” as possible to meet the needs of Tesco shoppers.

The supermarket has prioritised its most popular transactional sites and those with most visitors and plans to role out mobile enabled sites across all of its .com properties including Clubcard.

Maurer says Tesco’s digital strategy has two steams. One is to develop smartphone apps and the other is to make all its websites mobile enabled.

“It’s important to have both streams and we didn’t want to launch both on the grocery channel. It’s a big focus for Tesco because it’s such a huge area of growth and opportunity.”

Tesco has also trialled using QR codes in press ads to allow smartphone users to scan the barcode and go directly to its website.

Maurer says Tesco will increasingly use mobile marketing devices such as geo-location services where shoppers will be sent promotional offers and more when they are near a Tesco store.

“We’re not trying to set out a digital map for the next year, we’re taking small steps and building it as we go using customer feedback to improve it,” she adds.