The competition watchdog asked the government last year to establish an ombudsman after a majority of retailers failed to agree on a voluntary arrangement.

But in an interview with the Financial Times, Leahy attacked the proposals, saying the consumer benefited from the positive level of competition between retailers.

The paper quotes him as saying: “Everyone knows supermarkets are one of the most competitive industries around. That competition puts power in the hands of the consumer,”

The competition commission conducted an investigation between 2006 and 2008 and found that the strength of Britain’s top four grocers – Tesco, Asda, Sainsbury’s and Morrisons – has helped to keep food prices down for shoppers.

But there are concerns the consumer could suffer if retailers squeeze suppliers to the extent that they can’t afford to invest in products or to innovate.

The plans have been criticised by the British Retail Consortium, which says it will add millions onto customers’ bills. 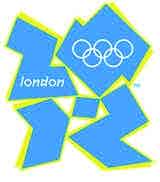 FirstGroup has won a £20m contract to run bus services for spectators at the London 2012 Olympics.

Mobile marketers must ensure that campaigns utilising the technology are relevant and accurately targeted, according to O2 Media’s managing director, Shaun Gregory.

The Home Office has launched a TV advertising campaign to challenge the attitudes of teenagers to violence and abuse in relationships.