Speaking to Marketing Week on a media call this morning (9 December) following Tesco’s warning of a worse than expected £1.4bn profit for the full year, Lewis said the appointment of Tesco’s multichannel director Robin Terrell last week (1 December) to a new role as head of customer would help the brand “link up” all its businesses – from Clubcard to Tesco Mobile to Tesco Bank.

He said Terrell’s background at a number of “customer-centric businesses” – he has previously worked at Amazon and John Lewis – made him the perfect person to think about how to align the whole customer experience.

“The big opportunity I see for us is to be much more joined up in the way we engage with individual people across all the different offerings we have in the portfolio. Robin is the perfect guy to be the champion of the customer inside the business and link up our businesses so we have one relationship with you. That is what is driving him,” he added.

“The big opportunity I see for us is to be much more joined up in the way we engage with individual people across all the different offerings we have in the portfolio.”

Terrell takes over responsibility for marketing from Jill Easterbrook from January as part of a wider management reshuffle. Those changes include former CMO Matt Atkinson leaving the business, with Lewis saying that while it was a shame his role as chief creative officer was “not one he could support”.

Lewis admitted Tesco is doing “a lot of work” on the brand proposition looking at how to reposition and engage the brand with customers. He said that would focus on the core principles of improved service and availability, with more detail to be revealed at an event on 8 January.

Tesco has already spent in excess of £500m on investments in availability, service and price. That includes hiring 6,000 more staff to work in its shops – equal to almost 3 million hours over the second half of the year – and giving more space and availability to product staples.

There has also been selective investment in price, particularly around fresh food. Lewis said that has led to “encouraging” volume growth and more positive customer feedback, although he warned it is early days and that changes are unlikely to add to the bottom line in the near term.

That, said Lewis, is why Tesco has issued another profit warning, its fifth in a year. The retailer said it now expects profits for the full year to be no more than £1.4bn, below analyst expectations of between £1.8bn and £2.2bn and less than half the £3.3bn in profit it generated in its 2013/14 fiscal year.

Lewis said “certain activities” that helped manage profitability in Tesco’s final quarter but that impacted on the quality and service it offered to customers, such as decreasing staff numbers post Christmas, would end. Such changes, he admitted, would impact the Tesco business in the short term but would build a financially viable business for the long term.

“My commitment is that investing in customers and the proposition in the way I am is for the long-term good. We have nearly 30% of the UK grocery market. There is an opportunity for us to rebase the business we have, simplify what we do and invest in the customer proposition.

“What we are doing is better for customers – we know that from feedback – and the foundation from which we can build a new Tesco that is financially sound.” 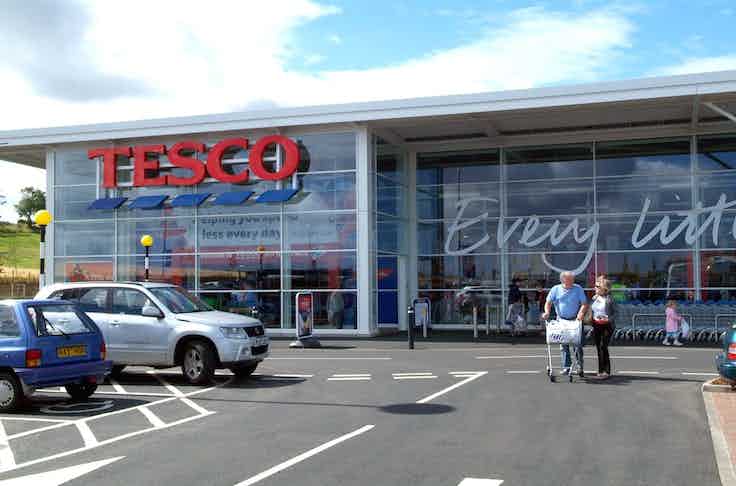 Tesco’s latest management shake-up, which sees multichannel director Robin Terrell take over as marketing boss and former CMO Matt Atkinson leave, is of course prompted by the accounting scandal. However, is it also about chief executive Dave Lewis trying to draw a line under the company’s recent problems and simplify the UK management structure so it can react more quickly to changes in the grocery market.

Tesco has appointed Robin Terrell, previously its multichannel director, as its new marketing boss, marking the second time in six months the supermarket has put someone without a traditional background in marketing in charge of the discipline.