Today’s news will have pleased Tesco boss Dave Lewis, with the figures following the positive momentum Tesco gained having returned to sales growth for the first time since 2014 in last month’s Kantar data.

Tesco’s positive performance, however, has negatively hit rival Asda, with the UK’s two biggest supermarkets competing for the same customers. Asda’s sales were down 2.1% for the latest period, while market share fell 0.5 percentage points to 17.0%. This made it the worst performing major supermarket group alongside The Co-operative. 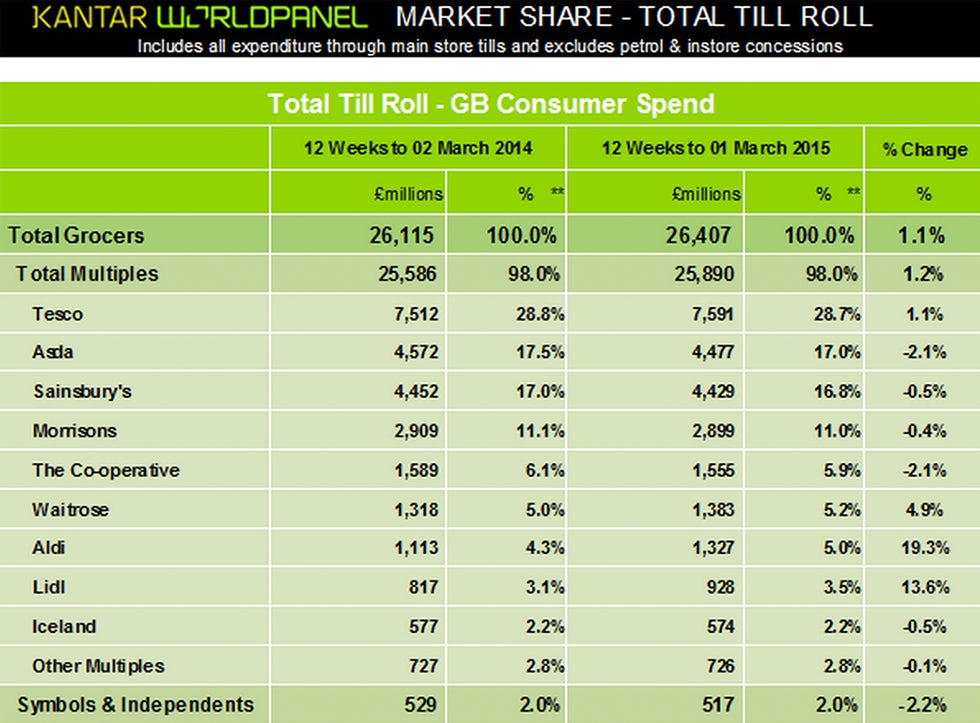 “A combination of lower general inflation and the grocery price war has saved shoppers £400m in the past 12 weeks, with deflation driven to a record low of -1.6%,” said Fraser McKevitt, head of retail and consumer insight at Kantar Worldpanel.

“Among the big four supermarkets Tesco has been the standout retailer, with each focusing their efforts on simple price cuts rather than complicated ‘multibuy’ deals.”

Capping off the big four, Morrisons and Sainsbury’s both grew behind the market average with sales falling at respective rates of 0.4% and 0.5%.

Despite seeing sales growth for the first time since January 2014, Tesco still has a lot of work to do to return to past glories and repair its damaged brand.

Tesco’s bid to repair its ailing brand reputation has been dealt a fresh blow after it was announced today that a government regulator will investigate the supermarket over alleged supplier breaches.