Tesco customers continued trading down to cheaper and own brand options over the third quarter of the supermarket’s financial year, as the cost of living crisis continues to put pressure on consumer spending.

CEO Ken Murphy told media today (12 January) that customers are both trading down from national brands to Tesco’s own brand value range, and choosing to dine at home with its premium Finest range as a substitute for takeaways or restaurant meals.

Volume sales for Tesco’s Low Everyday Prices range grew 7.4% over the third quarter, following the launch of the supermarket’s price lock commitment in October. Meanwhile, Finest sales rose 8.2%, with Tesco’s quality perception up 143 basis points compared to the same period a year prior.

“We have seen customers continuing to trade down, but that has taken a number of different forms. And we are seeing growth at both ends of our offer,” Murphy said.

Overall, group retail sales grew 5.7% over the quarter, dropping to 5.2% in the UK and Ireland alone. According to Kantar, the UK’s biggest supermarket has maintained its leading market share of 27.5%.

We saw a continued switching to the discounters, but actually we saw more switching from pretty much everybody else to us over that period.

Christmas sales were particularly strong, up 7.9% on a group basis and up 7.8% in the UK and Ireland. Tesco grew its Christmas market share by 46 basis points versus 2021.

“The UK has had an exceptional quarter three and Christmas, driven by our continued investment and innovation in the full breadth of our offer,” Murphy said.

However, while the grocer’s sales have jumped, Tesco has also seen customers trade down by moving their shop to discount supermarkets Aldi and Lidl, Murphy admitted.

Both discounters have reported bumper Christmas sales this year. Lidl’s sales rose by almost a quarter (24.5%) compared to 2021’s festive season, while Aldi claimed its “best ever Christmas” with sales exceeding £1.4bn.  Sainsbury’s staves off competition from discounters with ‘record’ Christmas sales

For Tesco, however, the loss of customers to discounters was more than offset by the customers it gained from other supermarkets, Murphy said.

“We had net switching gains on a rolling 12-week basis to the end of December,” he explained.

“We saw a continued switching to the discounters, but actually we saw more switching from pretty much everybody else to us over that period. That gives you a sense of the dynamic.”

Undaunted by Lidl and Aldi’s growth amid the cost of living crisis, Murphy said every competitor in the market “has their moment in the sun”.

“But that shouldn’t be a guarantee of future success,” he added. “The one thing that has been true is that since the pre-pandemic era of 2019, Tesco is the only full-line grocery retailer to grow value share. So that gives me great confidence that Tesco can adapt to whatever circumstances we’re surrounded by.”

Nevertheless, Tesco is continuing its focus on value to strengthen its competitive position in the market. Alongside its Aldi Price Match scheme on 600 products and Clubcard Prices initiative for loyalty members, the supermarket last week announced a new price lock to hold the price of over 1,000 everyday products through to Easter despite continuing cost inflation.

Combined, Murphy said these value propositions have put Tesco in “the most competitive position” it has been in “for many, many years”.

The one thing that has been true is that since the pre-pandemic era of 2019, Tesco is the only full-line grocery retailer to grow value share.

The grocer also believes continuing to provide consumers with more convenience will tip the scales in its favour over the discounters, promising “ambitious growth plans”. Convenience has outperformed the market over the last three years for Tesco, with Tesco Express stores experiencing growth of 5.5% in the third quarter, compared to 4.6% for large store formats. Meanwhile, online sales returned to growth, with sales 59% higher than pre-pandemic.

Looking to the year ahead, Murphy said Tesco expects customers to “tighten their belts” after Christmas. However, customers are also expressing sentiments of “cautious optimism”, he said.

“I don’t want to overstate that, but I think customers are weathering the storm. We’re in a full employment market and I think the sense is that maybe the recession will be a little shallower than people were thinking. Of course there’s a lot of uncertainty, but that’s what we’re hearing,” he explained.

Nevertheless, consumption is falling off and discretionary spend is going to fall, he said, particularly in general merchandise. He “thinks and hopes” food inflation will start to ease in the second half of the year, after reaching a record high in December. Food and non-alcoholic beverages inflation rose by 16.5% in the 12 months to November 2022, according to data from the Office for National Statistics (ONS).

This week the Bank of England’s chief economist Huw Pill warned high UK inflation rates could persist for longer than expected, however. 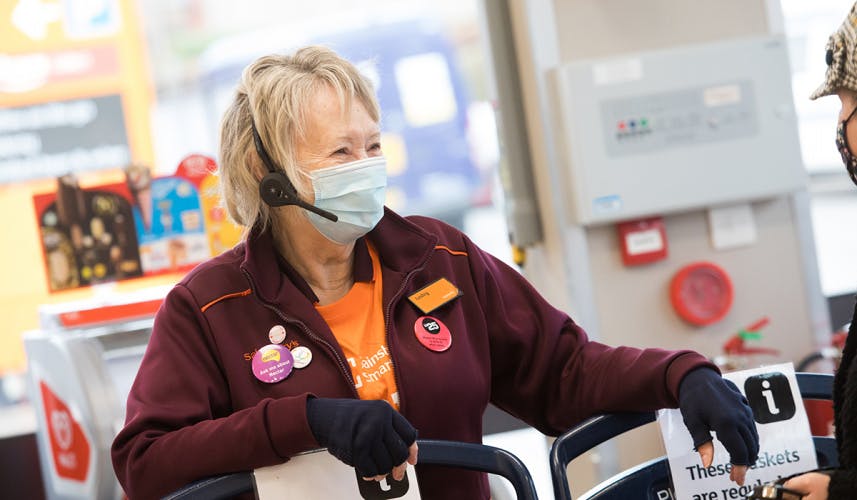 Sainsbury’s focus on value has helped the supermarket fend off competition from the discount supermarkets over Christmas, as traditional grocers battle to maintain market share. 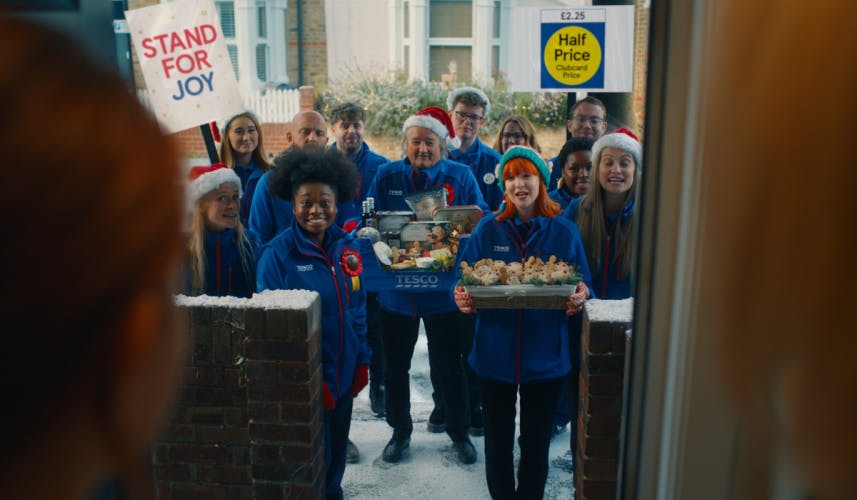 The grocer’s own research suggests more than a third of consumers (36%) feel Christmas is more important this year than previous festive seasons.