Tesco has introduced a double Clubcard points initiative across everything in-store and online as the next phase of its relaunch of the loyalty programme, but has denied this is because the supermarket is coming under pressure from competitors.

UK marketing director Carolyn Bradley says shoppers have become weary of searching out and shopping around for the best deals during the recession. Tesco wants shoppers to re-evaluate the benefits of doing all their shopping in one place by offering low process, great promotions and double Clubcard points as an extra.

The double points scheme also aims to encourage more shoppers to sign up to Clubcard to take advantage of money-saving offers and has been launched in time for customers to receive vouchers before Christmas.

Bradley could not confirm if Double Points was a permanent or a temporary measure and told Marketing Week there was no end date for the promotion.

She says: “It’s a big investment in customers, and it is investment where they want it. It adds up to something very significant.”

Analysts suggest the move aims to bolster trading in the short term and halt Tesco’s sliding market share. Latest figures from TNS show Tesco’s market share dropped from 31.2% to 31% in the 12 weeks to 9 August year on year, while Morrisons, Sainsbury’s and Asda all reported increases.

A Tesco spokesman says: “It’s not the case that the promotion is in response to losing market share. It’s a tough environment and we’re giving customers the best offers.”

The initiative follows the Double Up promotion, a successful trial that offered Clubcard customers double points on selected categories.
A national television and press ad campaign launched on Sunday (16 August) to announce the new offer, and point-of-sale messages will promote Double Points in-store.

Clubcard has attracted more than 500,000 new members since it relaunched in May, and more than 1.5 million customers have taken advantage of the Double Up deal on selected categories.

Old school media enjoys audiences online channels can only dream of, but it must find ways of winning back advertisers’ hearts 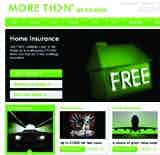