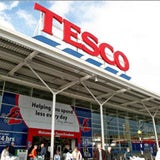 Michael Fleming will take the position and reports to finance director Laurie McIlwee.

The role has been handled by chief executive of retail services Andrew Higginson for some years and he previously held the title group strategy and finance director.

The appointment has prompted speculation about Tesco’s commitment to Japan. Other country heads recently transferred to the senior management team include Hungary chief per Bank, now UK commercial director for food.

Chief executive Richard Clarke, who succeeded Sir Terry Leahy, outlined a seven point vision for the supermarket chain earlier this month. This includes becoming a creator of brands and to be as strong in all its offerings as it is in food.

Tesco bought a majority stake in video on demand service Blinkbox last month as it ramps up a presence in home entertainment.