Last November, Tesco unveiled its first work with BBH through a series of comedic ads featuring actors Ruth Jones and Ben Miller as a couple discovering ways in which Tesco has improved its in-store offer. The latest iteration shows the couple talking up the ease of Tesco’s returns policy.

It also recently revealed a more reactive marketing strategy, with a TV ad showing a fictional Wales fan frantically rushing to his local Tesco for alcohol. The ad taps into Euro 2016 and talks up the convenience of ordering alcohol through Tesco’s ecommerce business.

Speaking to Marketing Week on a press call this morning (June 23), Lewis said he was happy with the work. “We are happy with our overall marketing efforts. The feedback we get back from customers to what we’re doing [on TV] is positive but as you’d appreciate it is a marketing mix and it isn’t just about [above the line advertising].

“We still have lots of places across the marketing mix where we think we could do it a lot better.”

He added: “However, the feedback we are getting both in terms of qualitative feedback, the tracking of engagement and tracking of customer shopping behavior shows very positive momentum. It’s a case of so far, so good but as you know with marketing, you can always make it better and there’s a lot of crafting still to do.”

Tesco reported like-for-like sales growth of 0.3% for the 13 weeks to 28 May, with overall group sales up 0.9%. And Lewis was keen to talk up the impact of its new ‘farm foods’ fresh ranges – which are a rebranding of its entry level fresh food and 17% cheaper than the previous iteration – during the first quarter.

The Tesco boss said two thirds of its customers had now bought products from the range and that he was “encouraged” by early signs that indicate the range is turning the heads of Aldi and Lidl customers.

Answering a question from Marketing Week on the latter, Lewis responded: “In terms of tracking customer switching through Farm Foods from the discounters, we are still very much in the early stages. I’ve seen some of the early work and I am encouraged by it but really we ought to let a few purchase cycles go by before we jump to any big conclusions.”

In the UK volumes were up 2.2%, while transactions rose 1.7%, during the first quarter, with both suggesting customers are returning to Tesco. And Lewis added: “What we do see and it isn’t just the Farm Brands, but speaking more broadly, is we see shoppers returning to Tesco from the whole of the market.

“It is encouraging to see our customer attraction levels healthy as 18 months ago we were losing customers to everyone but now we are at a stage where we are attracting customers across the market back into Tesco. We are pleased with that progress.”

The road to recovery

Nearly two years ago Tesco posted the biggest UK corporate loss in history, leading to major shake-up in the grocer’s senior management team and radical changes to its in-store listings and features.

But with today’s (June 23) positive Q1 performance following a 0.9% rise in UK sales and £162m pre-tax profit achieved during its fourth quarter, momentum appears to be returning to Tesco.

A big part of the turnaround has been about streamlining the business and Lewis revealed Tesco has now agreed a deal to sell Harris & Hoole to Café Nero. This follows it recently shedding assets including the Dobbies chain of garden centres, restaurant chain Giraffe and its Turkish business.

Lewis said that while there are “no current plans” to offload any more assets as part of its turnaround, he is adopting a “never say never” approach.

Earlier this month, Amazon Fresh launched into select London postcodes and Lewis said the onus was now on Tesco to raise its game to battle the ecommerce giant.

He added: “Amazon is a key and major business. We look with interest and look at those 69 postcodes to see what we can do.

“Ultimately, the onus is on us to raise our games and keep adding value for customers. We have to deal with competitors by continuing to improve.”

Tesco saw like for like sales rise by 0.9% in its fourth quarter – its first quarterly sales growth for three years – as chief executive Dave Lewis said the supermarket is “succeeding” in rebuilding brand trust. 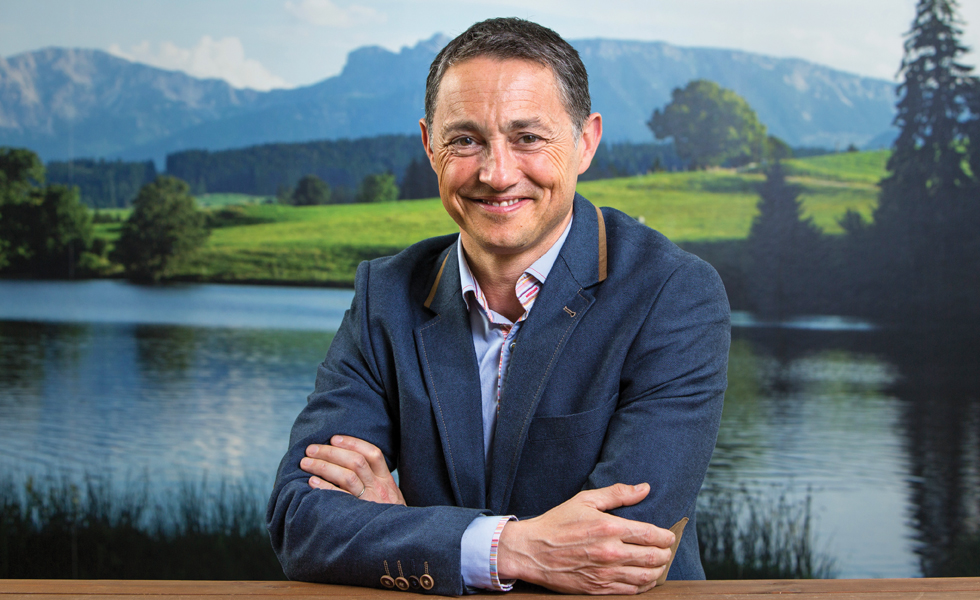 Matt Atkinson is on a mission to refresh over-50s group Saga and make it relevant and exciting for today’s ageing population. With a 55% spike in pre-tax profit he’s on the right track but keeping up with this increasingly demanding demographic is no easy task.