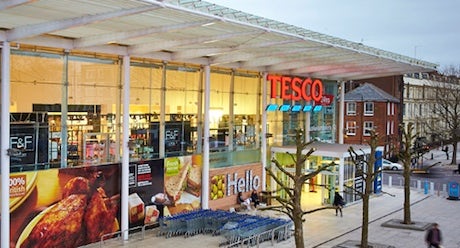 The tie-up marks the first time BHF and Diabetes UK have come together to work to prevent both cardiovascular disease and Type 2 diabetes. A spokeswoman for the BHF says that while both diseases are “serious and life-threatening”, they also share common risk factors meaning it makes sense to work together on prevention.

Some 3.5 million people in the UK suffer from Type 2 diabetes, with a further 11.5 million at risk. Seven million are living with heart disease, according to the charities.

However, the risk of both diseases can be reduced if people eat a more healthy and balanced diet and increasing their levels of physical activity. Both charities hope Tesco’s reach and focus on food, alongside their expertise, can help families live more healthily and limit the diseases.

“Cardiovascular disease and Type 2 diabetes are conditions which affect millions of people across the UK and many people are living with both of them. Both charities work hard to inform the public about risks to their health through lifestyle choices, so joining up will allow us to reach more people in a comprehensive way,” says the spokeswoman.

From early in 2015, the tie-up will see Tesco work with its customers, staff and suppliers with the aim of encouraging healthy eating and healthy cooking habits. The BHF hopes the partnership can be a “force for positive change” in the nation’s health.

Simon Gillespie, the BHF’s chief executive, says: “This ground-breaking partnership is a fantastic way to get healthy lifestyle messages to millions of people across the UK.”

This is the latest healthy living push by Tesco after it launched a new healthy food brand with products that include “controlled” levels of salt, sugar, fat and saturated fat and meet the supermarket’s “Responsibility Deal” commitments to the government on salt content. Former UK marketing director David Wood was moved across to oversee Tesco’s health and wellbeing offering.