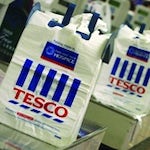 Starting today, for two weeks, customers purchasing pineapple, melon, salad and lettuce can claim their free product on the same day or pick one up the following week.

Tesco announced the scheme to offer customers the opportunity to claim the second free item at a later date, in October.

Rival supermarket Sainsbury’s was the first supermarket to offer delayed BOGOF deals and began a trial in November.

As part of Sainsbury’s “Buy Now- Free Next Time” initiative, customers received coupons at the till point to claim the free item the next time they visited a Sainsbury’s store.

Industry commentators at the time said that Sainsbury’s had trumped its rival because launching the concept first gives it “first mover advantage”.

Lucy Neville-Rolfe, Tesco executive director says: “Customers really like our Buy One Get One Free deals but feedback shows smaller households sometimes can’t use the free product before its use by date. Now we’re giving customers the flexibility to take advantage of the great value offer by claiming their free product the following week instead. As well as giving our customers a flexible new offer, we’re helping them to cut food waste.” 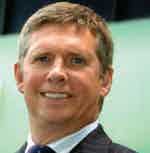 Update: Kraft Foods has agreed a recommended deal to buy Cadbury for around £11.9bn, increasing its offer to 840p per Cadbury share, in a move to create a “leader in the global foods and confectionery sector.”