Reports in the Financial Times and The Independent claim that all eight are set to be dismissed or made to leave as early as next week, with further suspensions likely.

Robin Terrell, previously head of multimedia, has taken on the role of UK boss on an interim basis but is expected to go back to his old role. That leaves Easterbrook, along with Jason Tarry who is currently UK food commercial director, as the obvious candidates to fill the UK CEO role.

Easterbrook joined Tesco in 2001, holding a number of senior roles including director of its clothing business, corporate affairs director and group strategy director. She was appointed to the newly created role of chief customer office in June, taking on responsibility for all group and UK marketing activity despite having no background in marketing.

Her leaving would create a vacuum in Tesco’s marketing department.

Former CMO Matt Atkinson was moved to a new role as chief creative officer where he is working on new product and service development. David Wood, the UK marketing director, was moved to lead Tesco’s “Health and Wellbeing” division, which has been given greater emphasis following the launch of its “My Fit Lifestyle” product range in June.

The Tesco marketing department was also restructured to focus around three main areas – brand and proposition, customer insight and experience and marketing, planning and operations. The aim was to “simplify structures and create teams with clear focus” as the brand looks to improve its standing after reputational damage caused by the accounting scandal.

Tesco’s admission it had overstated its profits hit the retailer’s standing among consumers with brand tracking data showing its rating plummeting across several key measures. The latest figures from YouGov’s BrandIndex shows that the brand’s reputation is still well below where it was when the scandal hit, with Buzz (a measure of the positive and negative things said about a brand) down to -38.8 from -15.1, putting it bottom of a list of 26 grocers.

Metrics including Impression, how likely people are to recommend Tesco and quality are also down. However, they have risen from the lows they hit in the immediate aftermath of the profit news, with Tesco hoping it will have turned a corner and that new chief executive Dave Lewis will announce a strategy that can help turn around its faltering performance. 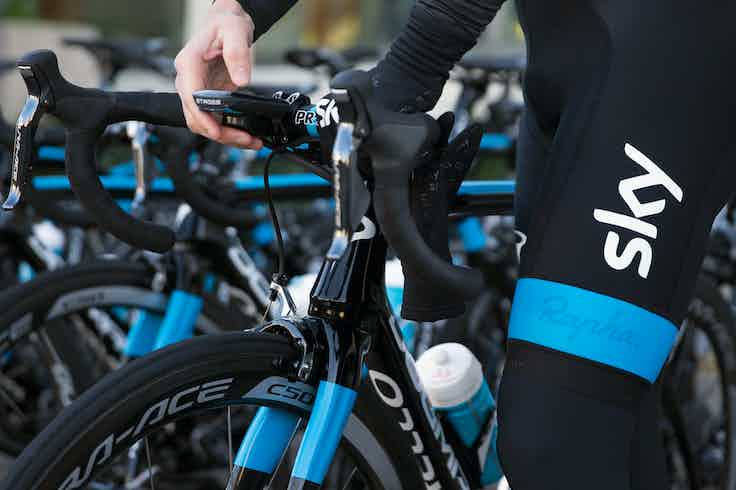 Team Sky is starting to put a commercial value on those potential fans engaging with sponsored content outside its own earned media channels, shining a spotlight on the so-called “dark social” traffic the advertising industry is struggling to measure.