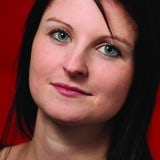 Now that Christmas is no more than a tiny dot in the distant past, all that remains is for supermarkets to count the beans and weigh up their performance.

For Tesco, Christmas trading was “disappointing” and said to be its biggest underperformance in more than two decades.

Richard Perk, retail research director at Mintel, has dubbed Tesco’s underperformance as a “marketing failure” and called for the supermarket to drop its Clubcard loyalty scheme, the lynchpin of its marketing strategy.

There is some logic in this. At the start of the 2008/2009 recession, Tesco put all its marketing weight behind its Clubcard relaunch. Now, the Clubcard double points scheme has been revoked in favour of an aggressive price cutting push under the Big Price Drop banner.

This shift was too tactical and not enough to protect and garner love for the brand.

Mark Ritson warned in his column this week that “marketers should treat promotions like heroin” ie: there might be a short term high, but in the long run it only heads in on direction, and it’s not good.

His point is that heavy discounting leads to commoditisation and brands that cut prices do so at the expense of brand values and equity, which begins a vicious circle that can only hurt brands in the long run.

By throwing money at price cuts Tesco seems to have cast aside long-term brand building. Consumers are only hearing price messaging and so they care less about what Tesco actually stands for.

Anecdotally, it doesn’t seem like there is any love for Tesco as a brand, whereas Sainsbury’s, Morrisons and even Asda have a real emotional connection with consumers.

This plays out in the YouGov Brand Index measures. Last year, Tesco suffered the biggest all of the major four supermarkets in the Index, which measures how customers rate the brand in terms of impression, quality, value, reputation, satisfaction and whether they would recommend it.

Let’s not forget that even with the latest “disappointing” trading figures, Tesco is still the biggest supermarket in the UK and took £44.6bn through its tills last year.

But as they say, it’s not the size that counts, but the motion in the ocean and Tesco doesn’t seem to making any waves.