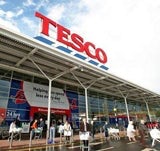 The UK’s largest retailer is talking to agencies about how it can use social platforms to engage in a closer relationship with customers for brands across its entire portfolio of products, with campaigns to roll out over the next few months.

There are currently 19 Tesco-themed Twitter feeds. Most have remained dormant sine last year but some, such as ClothingatTesco, are updated more regularly.

Tesco was approached to comment on its plans for social media but was unable to provide a spokesperson by time of publication.

Enhancing its social strategy would help improve its personal relationships with customers and boost loyalty, he said.

“We recently launched a Friday Frenzy campaign [on Facebook for the Clothing at Tesco unit] and were able to build an audience of more than 40,000 people in a week,” he added.

Earlier in the year new media age revealed Tesco was working with crowdsourcing company Right Now to monitor opinions posted about the brand on Twitter.