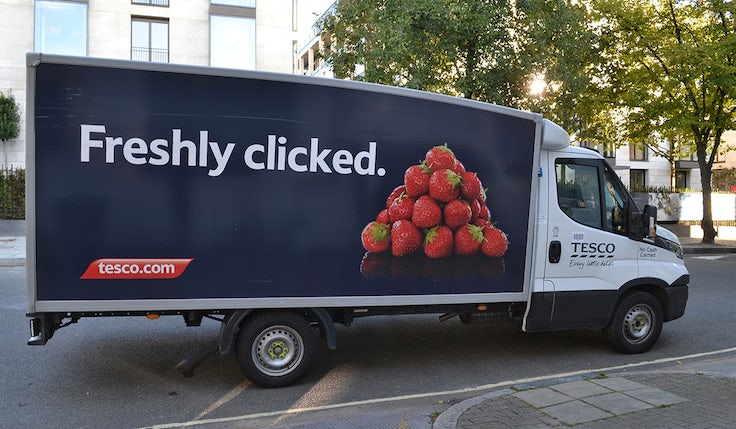 Tesco is hoping its “record” Christmas results and third quarter trading can act as a platform for continued growth in 2021, particularly when it comes to online shopping and delivery services.

The supermarket posted like-for-like sales growth of 8.1%, with online sales up 80% in the run-up to Christmas, compared with the same period last year. More than 7 million online orders were processed by the retailer over the holidays, equalling nearly £1bn in sales.

“All our formats and channels grew, but I want to call out this record Christmas for online,” said CEO Ken Murphy, speaking on a press briefing this morning (14 January). “We continue to lead the market in online capacity, and we have more than 786,000 vulnerable customers registered with us who are eligible for priority access.”

The huge growth in online has been driven by an increase in average basket size, as shoppers look to order as much produce as they can without having to visit a physical store. There’s also been a notable upswing in Clubcard members, with another two million active users added and the loyalty scheme used in some 80% of transactions.

Capacity for online shopping has gone up from 350,000 to 1.5 million a week over the past year, and Murphy promised further improvements to come to the service and pointed to the retailer’s ongoing development and upgrading of click-and-collect facilities as a crucial growth area.

“Over the Christmas period we were able to add over 100,000 principally click-and-collect points and that helps a lot,” he said. “That was probably the biggest thing we did to improve.” Of those 7 million orders, around a quarter were click-and-collect.

Christmas can obviously exaggerate performance and behaviour, but Murphy believes sales patterns set last year will continue into the first months of 2021 as lockdown remains in place. Equally, Tesco is readying itself for the eventual lifting of restrictions and a return to physical shopping. “We’re planning for all eventualities,” Murphy added.

However, even with things back to normal, some consumer shifts prompted by the pandemic could well become more deeply rooted. Online delivery is one obvious example, but so too is the move towards more local shopping and dramatic reductions in traffic at city centre stores.

Murphy readily admits that such outlets have been seriously impacted by the pandemic and that, while some city centres boast a sizeable residential population, there has been “strong growth” in more local, neighbourhood stores.

That looks set to continue. “We believe that working from home is set to become institutionalised in our society,” Murphy explained. “And so we’re looking all the time at how we can adapt our offer to that.”

Another major challenge facing the retailer is Brexit. Asked about what increased pressure on supply lines could mean for both consumers and suppliers, Murphy was confident that initial teething problems with paperwork and logjams at the border between the Republic and Northern Ireland will be solved sooner rather than later, stressing that there are no plans to put prices up to counterbalance export tariffs.

“We’re working closely with both governments to smooth the process of delivery,” he said. “We’re dealing with it, we’re in good shape on it.” 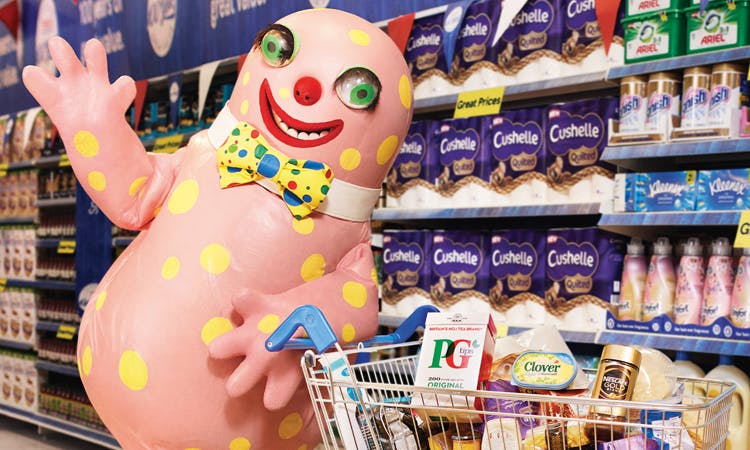 Marketing Week’s Brand of the Year explains how listening to customers every day and doubling down on its strategy  helped it weather the first coronavirus lockdown.