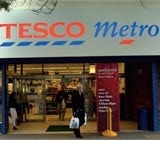 Tesco is gearing up to hold talks with agencies about developing creative concepts that will back the launch of its US stores.

It is understood that Simon Uwins, the grocer’s top marketer in the California-based US office, is keen to start discussions with shops. Uwins was picked to join US chief executive Tim Mason across the Atlantic earlier this year. Mason was previously UK marketing chief.

Sources say the US division is willing to receive approaches from UK agencies with offices in the US. It is not clear whether the US team will seek advice from UK incumbent The Red Brick Road (RBR). Sir Frank Lowe’s new agency was appointed by Mason to handle all of Tesco’s UK advertising late last year after the account was wrested from Lowe London.

No one at RBR or Tesco in the UK or US was available for comment as Marketing Week went to press.

Tesco has built a team of about 60 staff in the US as it steels itself for a fight against the likes of Wal-Mart when it cuts the ribbon on its West Coast convenience store network next summer. It has trademarked the name Fresh &amp; Easy in the US, but has so far refused to say whether it will roll out shops under the brand.

Separately, Tesco has pledged only to open UK stores in communities where they are welcomed by a majority of residents. Tesco and other major supermarkets face a Competition Commission probe into their dominance of the UK grocery sector.