Tesco head of research and development Nick Lansley, speaking at an IAB mobile commerce event, told attendees that Tesco would streamline its number of apps to three or less.

These will offer the same breadth of functionality as the current suite, which ranks sixth on the Apple App Store.

Launch details have yet to be confirmed.

Tesco’s mobile apps have generated more than 2m downloads across a range of devices to date, and searches via the Tesco Finder app currently peak at ten a second, according to Lansley.

The retailer is also in the final stages of developing a mobile app for Android devices.

The number of different devices using the Android operating system had so far delayed the app’s launch.

“You have to create lots of different screen sets for it; with Apple the template is standardised,” Lansley said.

Tesco will also look to expand its suite of tablet apps, such as its Tesco Recipes app for the iPad, which launched in December.

“The iPad is a really nice example of the fourth screen,” said Lansley. “This is where we’re going, especially as tablets get cheaper.”

He said the focus on developing apps for tablet devices was aimed at blurring any perceived difference between online and mobile shopping. “M-commerce is part of a holistic journey to improve the entire online experience.” 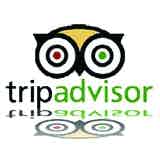 It is great to see car manufacturers like Honda moving beyond conventional advertising and demonstrating an interest and understanding of customer engagement (MW 10 February). However, I question Honda’s claim that its latest marketing initiatives are “consumer focused, not budget-led”. Using social media encourages open communication and conversation. The decision to buy a car is […]