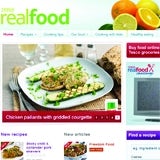 The ad-funded TV initiative is part of a broader Tesco Real Food Challenge campaign, which aims to find Britain’s best cook through a recipe competition.

It is based around the theme of “mood food” and seeks to find recipes based around occasions and moods that fit in with consumers’ changing lives and “modern British eating”.

The campaign also includes print and online advertising, a content and social media partnership with AOL and social media campaign, and promotion in Tesco owned media, to drive traffic to microsite.

The supermarket claims it is its biggest social media activity ever and involves eight celebrity ambassadors including former England rugby player Matt Dawson and Lorraine Kelly on Twitter.

The programme, The Tesco Real Food Cook-off, is due to air in September, and will air on Channel 5 and UKTV Good Food.

Breige Donaghy, Tesco’s head of Real Food, says: “Mealtimes may be less formal or regular nowadays, but our research shows us that food is more than ever connected to the way we relate, celebrate and relax. The old rules have gone: what we eat and when we eat are decided by how we feel and who is sharing the meal.”

The campaign was created by The Red Brick Road, Cedar and Initiative.