The narrative is almost too perfect for business journalists. The supermarket’s rise under Sir Terry Leahy was spectacular, its fall under Philip Clarke sudden and much chewed over.

Earlier this week we looked at the impact Dave Lewis, Clarke’s successor, has had at the beleaguered brand one year after taking charge. Lewis has had much to contend with, much of it the legacy of previous regimes, from the £250m overstatement of its finances, to the writing down of millions of pounds worth of property assets.

As Lewis enters his second year, attention must turn to one thing never fixed in all those heady years of unrivalled success: brand love. Much of Tesco’s success in the 90s was built on a triumph of distribution and an obsession with price and margin management. People shopped at Tesco because of its ubiquity, reasonable prices and choice. Few, I would wager, because they had much affinity with the brand. The supermarket game has been fundamentally altered with the rise of the discounters and the fragmentation resulting from behavioural shifts. To differentiate you need to be more than cheap and available.

Tesco has been tearing up its marketing structure and team in the past 12 months, losing several experienced marketers and aligning all efforts behind head of customer Robin Terrell and brand director Michelle McEttrick. Now it has stopped losing sales at the alarming rate it had been, Tesco’s and Lewis’s next task is challenging but straightforward: make the brand stand for something.

Although there are green shoots, it is a little too early for Tesco to be considered anyone’s brand of the year. Choosing a brand of the year is a task we want your help with. Which brand has produced the most noteworthy work or had the greatest effect? Likewise, we want your shout-outs for the stand-out marketer of the year – the individual who has best demonstrated the power of marketing.

The two are Grand Prix categories in our new Masters of Marketing awards. To nominate your brand and marketer of the year and to find out about other opportunities for your work to be recognised visit www.mwlinks.co.uk/masterscategories, but hurry as the deadline for entries is 9 September.

His first year was about stability, his second should be about rekindling brand love. 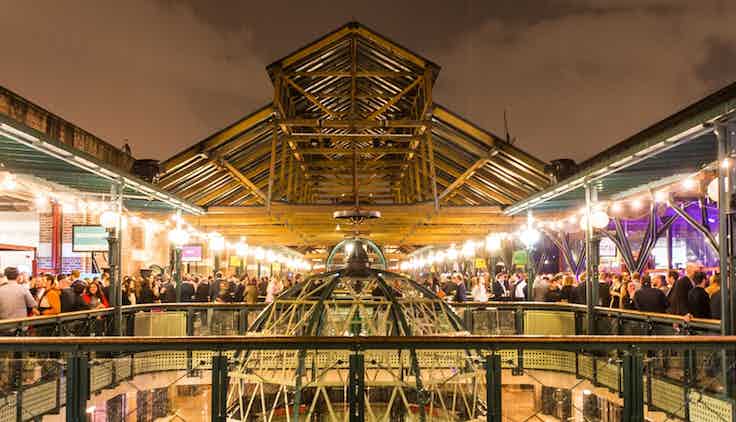 Give us your opinion on which brand has been the stand-out performer in 2015 – an inspirational organisation, capable of showing the power of marketing to the wider business community.