Yet despite the horrific numbers, chief executive Dave Lewis looked a confident man when facing an onslaught of technical questions from analysts at a press briefing last week.  Despite just unveiling one of the biggest losses in British corporate history, Lewis was keen to stress the losses, mainly a result of balance sheet adjustments, represented the start of a comeback for the Tesco brand. He had said earlier in the day: “We have sought to draw a line under the past and begun to rebuild, and already we are beginning to see early encouraging signs from what we’ve done so far.”

He added at the analyst presentation: “I think our Q4 numbers are showing that increasingly the most convenient thing for a shopper to do is to go back to one big shop and buy everything in one,” he said defiantly, referencing a 1% rise in LFL sales volumes in Q4 – the first time volumes have risen in over four years. Quite the statement when Aldi and Lidl continue to grow market share at rapid rates.

However, his confidence doesn’t look too misplaced.

Ending the week with an announcement of a new group brand director Michelle McEttrick, who knows plenty about rebuilding brand trust having served as CMO at Barclays at a time when the bank was mired in scandal and deeply unpopular with customers, seemed like a timely affair for Tesco.

Following a high profile accounting scandal, over the last six months, Tesco, 7th out of the UK’s 26 biggest supermarket brands, has significantly increased its YouGov Brandindex index score – which is measured by looking at consumer perception of quality, value, reputation and satisfaction – by 6.8 percentage points to 16.9.

And this is a trend analysts only expect to intensify.

“Tesco have focused their price cuts cleverly on the essential items, as its high prices on bread and cereal in comparison to Aldi were really damaging the brand,” said Richard Clarke of Bernstein Research.

“Despite the headlines, around 86% of Brits still regularly shop at Tesco in some capacity, the issue is they have been coming dramatically less. Lewis’ commitment to less cluttered product ranges and better service and availability, is slowly reversing that trend.”

As well as cutting product ranges, Lewis has also cut Tesco’s head office size by 25% in order to put more workers on the shop floor, and switched Tesco’s chief ad agency to BBH. Although the latter’s expertise – advertising – doesn’t appear to be a pressing concern.

“Yes, the brand indicators are improving, but it is still early days and investing in the in-store experience is a priority over upping marketing spend,” Lewis told Marketing Week.

Tesco, over the four weeks ending 28 March [Nielsen], was the fifth biggest spender on advertising out of the UK’s biggest supermarkets, dropping its investment the most significantly. Lewis’ cautious approach saw ad spend fall by 138% to £3.1m, falling behind the discounters Aldi and Lidl.

But less is more is the right strategy, according to retail analyst Steve Dresser.

He explained: “Tesco are right to pull away until they have resolved the business as there is little point advertising a pub, only to arrive and there be no beer.

Not just going with a big ad campaign in 18 months that says ‘we’ve changed!” and instead focussing first on getting the stores right is absolutely correct. Trust will be restored on each shopping trip.”

Dresser says Lewis would be wise to learn from the failures of the past, with the previous Love Every Mouthful TV campaign, which championed Tesco’s fresh food quality, not quite the hit ex-boss Philip Clarke had imagined.

“Love Every Mouthful was seen as a disaster internally and the execution was atrocious,” says Dresser.

“Yes, there is a possibility of a major new campaign but I would think BBH would be measured in their approach and look across the market. In the past Tesco became very knee jerk when they struggled and campaigns were launched into stores without any thought of the knock on impact.”

Clarke concludes: “Tesco doesn’t need to spend millions on glitzy campaigns. It just needs to go back to basics and simply communicate how it is making its stores, once again, suitable for the one stop shop.

Tesco has hired former Barclays CMO Michelle McEttrick as its new group brand director as the retailer continues to shake up its marketing department under new boss Dave Lewis. 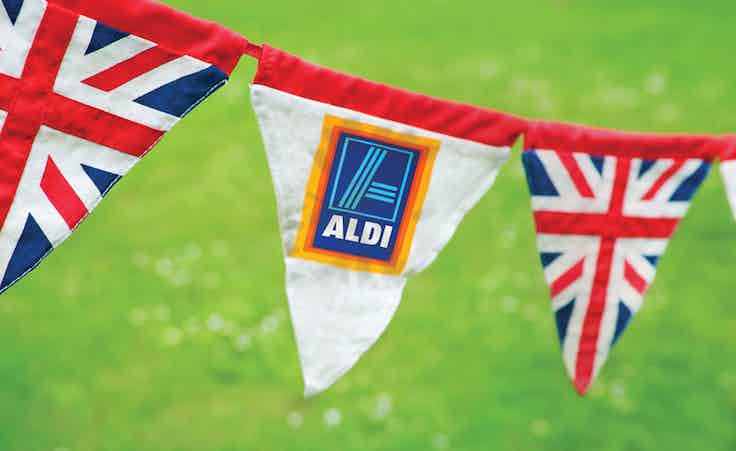