Alcohol Focus Scotland has brought complaints against four brands: Quivers; Shot in a Tube; Shoeyz Shots and Shootaz, all of which contain 20ml of liquid and less than 0.3 units of alcohol.

But research commissioned by the Portman Group found that although most consumers drink test-tubes ’down-in-one’, this tended to be because of the small volume of liquid in the test-tube rather than because of the packaging itself.

As David Poley Portman Group chief executive explains “you could have 10 of these test-tube drinks and still be within the Government’s recommended drinking levels”.

While the Independent Complaints Panel dismissed the complaints against the four brands under the rapid drinking rule, it did find Shootaz in breach of Code for the “energy flavour” description on one of its test-tubes. The Panel decided that this implied that the product could enhance mental or physical performance which is disallowed under the Code.

Earlier this year, Rampant TT, a vodka-based test-tube drink, was removed from sale after it was found to breach six rules in The Portman Group’s code of practice on the promotion, packaging and marketing of alcoholic drinks.

In March, Yegaar – a drink that has consumers guessing whether it contains alcohol – was also taken off shelves for breaching the Code. The Independent Complaints Panel decided consumers could be confused because the front label on Yegaar does not specify that it contains alcohol.

However, according to the Portman Group’s annual report, published last month, drinks producers are becoming more aware of the importance of socially responsible marketing after reporting a 40% jump in requests for advice last year.

The group says its code advisory service received 356 requests for help last year from marketers wanting campaigns vetted, up from 250 in 2008. Seven complaints were made to the Independent Complaints Panel under its code on the naming, packaging and promotion of alcoholic drinks last year, down from 21 in 2008.

The alcohol industry has come under pressure from politicians and health bodies in the past 12 months. The cross party Health Select Committee called for statutory regulation of alcohol advertising after claiming the current self-regulatory system was insufficient, while the British Medical Association called for an outright ban on alcohol advertising and sponsorship.

Absolute Radio is to launch a new digital station, Absolute 90s, in a bid to increase its audience reach.

Coca-Cola has conducted a “Happiness Barometer” market research exercise to back its global multi-million pound “Open Happinness” marketing push for 2010. 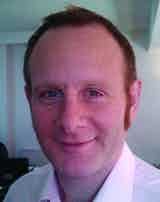