The push, which marks the brand’s biggest marketing programme for 10 years, seeks to modernise Tetley Tea and make it appeal to a younger audience.

It includes a TV ad, created by Dare, which uses the strapline “Make time, make Tetley”.

In-store, the Tea Folk will still be utilised by the brand, although they have been given a contemporary makeover on the Tetley range’s pack design. The packs also feature QR codes for the first time, providing consumers with extra content about the sourcing and blending journey their tea has gone through before it reaches their mugs.

Other activity includes radio, social media and the creation of a Tetley Tea Table Book, which commemorates the brand’s 175th anniversary and was developed in partnership with children’s cancer charity CLIC Sargent and PR agency Emanate.

The change of marketing strategy follows a nine month brand audit, which found Tetley’s equities were based around “sociability, caring and sharing”.

Adrian Mooney, EMEA vice president of marketing at Tetley parent company Tata Global Beverages says this is a big contrast to the other tea brands who all tend to focus on the inward and solitary feeling of how tea can make you generically “feel better.”

He adds: “We are making a significant investment in simply playing back Tetley Tea as the brand of choice for people who want to ensure they’re spending quality time with their close and loved ones.” 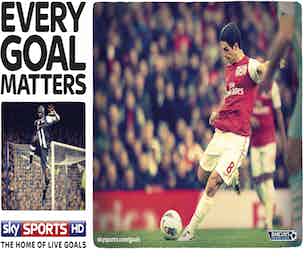 Sky Sports is preparing to welcome back Premier League football with a marketing campaign that switches focus from the superstar players to the fans.