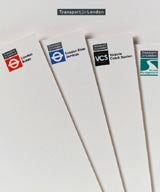 Transport for London (TfL) has been forced to hold a repitch for the &£9m London congestion charge advertising account, following the outcry over the appointment of M&C Saatchi three weeks ago.

M&C Saatchi will retain the &£4m corporate account it had been awarded by TfL. A TfL spokeswoman says that the congestion charge contract was never signed.

The appointment of M&C Saatchi to both accounts last month caused uproar among the other agencies shortlisted for the work – they had been led to believe that the accounts would go to separate agencies.

TfL now says that there has been a “fresh look” at the congestion charge business and a new brief has been drawn up. The spokeswoman says the brief is to have a “new and strong focus on integrating the congestion charging publicity with TfL’s other advertising activity.” M&C Saatchi is expected to repitch.

The congestion charge account, now with a revised value of &£8m to &£9m – less than the &£20m first mooted – is going through TfL’s normal procurement procedure for tender. Original shortlisted agencies D’Arcy, WCRS, BMP DDB and Euro RSCG are eligible to repitch.

The pitch will again be handled by TfL’s corporate team, headed by Charlie Edelman. Edelman recently tendered her resignation and is due to leave TfL at the end of the year.