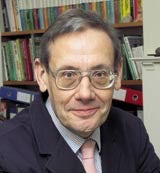 The task of the newspaper obituarist is not an easy one. To encapsulate a life spanning perhaps seven decades in the space of just a few hundred words demands a degree of discrimination and selection that is bound from time to time to produce quirky results.

Sometimes a distinguished life is recorded not as a whole, but rather as a collection of outstanding incidents, some memorable, some downright peculiar. Assuming the departed awakens in some other place and is able to cast a sepulchral eye over the obituarist’s work, he or she might be astonished to discover that in the garden of the memory no weed is overlooked.

The world of advertising inevitably plays a part in this process. When, one hopes many years hence, Fay Weldon is launched into eternity, she will in all probability be remembered not so much for her many weird novels as for penning “go to work on an egg” in her days as an advertising copywriter, even though she has since denied its authorship. Similarly, Salman Rushdie, who will of course be remembered as the subject of a Muslim fatwa, will also be recalled for marrying the woman whose striking stature and beauty had surely been shaped by Providence with a different mate in mind.

Given that it is the trivia for which men are often remembered while their greater accomplishments lie interred with their bones, it was perhaps not surprising to read that Laurie West, who died last month at the age of 96, was eulogised not so much for his work as a distinguished RAF flight lieutenant, but for his inventing magnetic symbols for the sun, clouds, rain and snow during his time as a pioneering television weatherman with Associated Rediffusion in the Fifties. The obituarist, however, singled out for emphasis the wrong item of trivia.

True, the magnetic symbols were ground-breaking and indeed later gave rise to the memorable occasion when BBC weather reporter Barbara Edwards accidentally let one symbol fall to the ground and announced, “Whoops, I’ve dropped the F in fog”, which to those listening rather than viewing echoed their feeling about the forecast, but West’s greater contribution was to invent the weather girl.

It was in 1958 that he decided that viewers might be encouraged to stay tuned by the presence of not just one but two gorgeous girls. He could not have imagined that this idea would become a part of our life and as deeply dyed into the national identity as bus queues and casual swearing.

Some day an academic, probably at one of our many lesser universities, will anatomise the phenomenon. There will be much to discuss. It is interesting, for example, that the weather girl is a powerful bulwark against the advance of feminism. For there are no weather women, only weather girls, and each and every one must be youthful and comely.

Then there is the question of why we should need weather girls. We know that Laurie West wanted to attract viewers, but what was it about the weather forecast that required some added appeal? Until comparatively recently the answer might have been that no one quite believed the meteorological predictions. Living in an offshore island we are accustomed to climatic conditions of such a capricious nature that it is possible to experience the extremes of all four seasons in the span of a single day, making forecasting a thankless task. When you know that the viewer approaches your programme with a sense of disbelief that is far from suspended, you might as well give him something worth looking at by way of compensation.

But with the advent of weather satellites the forecasts have become much more reliable. Nevertheless, the weather girl has become far too entrenched to be moved aside by a learned technician, especially of the male variety.

We have become accustomed to having the impending weather outlined for us by the kind of woman who might, on a day sunny or cloudy, catch the discerning eye of a Salman Rushdie. Again rich ground for the academic to plough: if, as many believe, the weather has shaped our national character, making us gloomy, belligerent, pessimistic and hard to love, is the weather girl a kind of corrective, a sweet counterbalance to the saturnine temperament? Whatever hell the climate might hold in store, the weather girl is always sunny.

And there might be something for the feminists after all. For it is now received wisdom that women are endowed with something called emotional intelligence, a quality beyond normal ratiocination. Is it this female ability to function in a kind of ethereal plane that makes women and the weather kindred?

Is the weather girl, like Shelley’s cloud, the daughter of earth and water and the nursling of the sky? In which case they could be no better conduit through which to channel the prognostication of the Met Office. Nymph or strumpet, blonde or brunette, the weather girl in all her infinite variety perfectly matches the moods of the heavens. Laurie West’s invention was truly inspired.