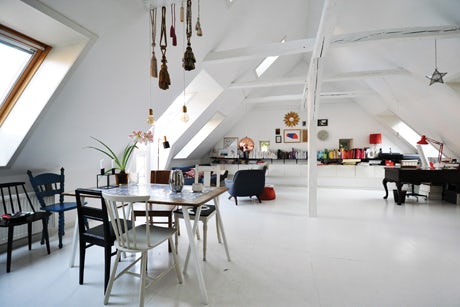 The term ‘sharing economy’ could fill many brands with dread. It refers to an emerging mini-industry that caters to those who want to share goods and services with each other rather than buy them new. Rising internet usage and the economic downturn are fuelling the growth of this sub-economy as people search for quick, cost-effective solutions to their everyday needs – and established brands could be losing out.

Although people have always shared with their peers, new research suggests that sharing is becoming “an organised movement that is being mediated by technology”. The study by market research firm GfK, seen exclusively by Marketing Week, finds that 13 per cent of the UK’s online population have used a website to hire items or services from other individuals. Eight per cent have used a website to rent out their goods, creating an estimated market value of £1.1bn.

This activity is focused on goods that have a high cost of purchase but relatively low usage, such as spare bedrooms (Spareroom.co.uk), power tools (Rentmyitems) and empty seats on car journeys (BlaBlacar). The best-known example of this peer-to-peer business model is probably Airbnb, the accommodation-sharing service that recently announced it had served nine million guests in its first five years.

Colin Strong, UK managing director of GfK Technology, notes that peer-to-peer leasing is part of a wider trend of sharing that began with ‘redistribution’ sites such as Freecycle and eBay, where people donate, buy or sell items. The rising popularity of hiring goods rather than acquiring them demonstrates a further shift in the consumer mindset from ‘owner’ to ‘user’, he says.

“The jury is still out on how far this type of activity will go,” he adds. “But it is certainly entering the [mainstream] vocabulary more. There’s an attitudinal shift taking place where people are starting to feel more comfortable with these kinds of transactions.”’

Financial gain remains the most popular reason for people to use such services. According to the study, people who hire out their goods make an average of £327 a year, though this varies hugely depending on the type of product or service. Storenextdoor.com, which enables people to find storage options in their local area – including space in other people’s homes – reports that the average earnings of people who list on the site come to £90 a month for a single space. Co-founder Rosie Bennett notes that a wide range of people, rather than any particular demographic, are hiring out their spaces on the site.

“It’s quite an early adopter market still, so it’s generally people who are aware of other online peer-to-peer activity and who are quite technology-savvy,” she says. “In terms of people with space, I’m getting everyone from older people and ‘empty nesters’ to first-time homebuyers. I can’t really link them in terms of profiling – the only thread between them is that they’ve taken that leap of faith by trading with strangers.”

Indeed, the peer-to-peer market seems to be a separate community in itself. The GfK study shows that 70 per cent of people who hire out their goods believe it is a good way to meet people, while qualitative research by the firm highlights an appreciation for the social benefits of online sharing. One person, for example, describes it as a “forum experience” where it is possible to meet like-minded people. 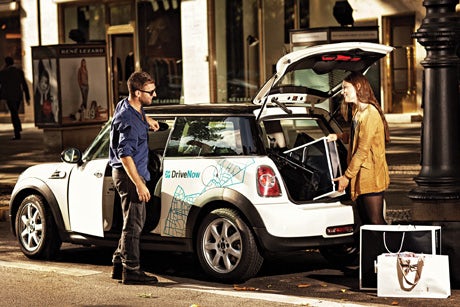 Storenextdoor seeks to facilitate this kind of experience by encouraging people to log in via Facebook and by displaying people’s personal profiles alongside their advertised spaces. This format is also used by ParkatmyHouse, a peer-to-peer site that enables people to hire out their driveways as parking spaces. The service invites users to rate different people’s parking spots, allowing those who list on the site to build up their profiles and online reputations.

Chief executive Alex Stephany says that while people primarily use the service to either make or save money, they also enjoy the social interactions that it facilitates. “Often people [hiring out parking spaces] will drop our customers at the airport, arrange taxis for them or invite them inside for a cup of tea,” he says. “It’s a radically different and nicer experience than parking at a meter or in a car park.”

According to Stephany, paying for parking via ParkatmyHouse is generally less than half the price of paying on a car park meter. People using the service have different needs, ranging from those who want the convenience of a guaranteed parking spot to luxury car owners who simply want the security of parking on residential property. “Sharing-economy services work best when there are financial savings and a genuinely better product as well,” says Stephany.

The rising popularity of sharing is posing a challenge to established brands and business models. Noting the shift in behaviour from people buying goods to leasing them, the GfK research suggests that the nature of brand-customer interactions is changing as people look for longer-term, service-based relationships. “There are certainly advantages to be gained from a more ongoing and less transactional relationship with customers,” it claims.

A number of big brands are already taking steps to ensure they are more in tune with the sharing economy. Last year, for example, B&Q launched Streetclub, an online forum that enables people in local communities to share tools and advice. BMW, meanwhile, is one of the founding partners of DriveNow, a car-sharing rental service operating in Germany and the US.

“It’s going to be interesting to see how more brands step into this area,” says Strong at GfK. “Brands are recognising that these services are creating new markets and they want a piece of it. There’s a sense that if you can’t beat them, join them.”

Despite the growth opportunities presented by the sharing economy, there remain concerns about the safeguards and legality of some services. Most obviously, there are risks around dealing with strangers – particularly where this involves entering another person’s property. Peer-to-peer sharing sites therefore rely heavily on identity verification, ratings and solid insurance policies that are included in the cost of booking.

There are regulatory issues too. For example, Airbnb is currently under investigation by the New York State attorney general over whether some of its users are in violation of an ‘illegal hotels’ law that prevents the short-term leasing of apartments when permanent residents are not present. Although the company successfully appealed against a fine that was levied against a user in September, some commentators have suggested it could face further problems in New York, due in part to the disruptive impact it is having on the wider hotel industry.

Greg Marsh, chief executive of Onefinestay, another accommodation-sharing service, believes that such disputes are inevitable given that the sharing-economy business model is still relatively new in legal and cultural terms. His company has taken a more selective approach to Airbnb by curating a portfolio of high-end properties suitable for more affluent travellers.

Marsh suggests that as peer-to-peer sharing sites are used by a growing proportion of the population, policy-makers and other consumers will adapt. “Sharing is a behaviour that has always been part of the economy but is now being done in a more formal and recognised way,” he says. “Gradually regulation catches up with innovation in the economy.” 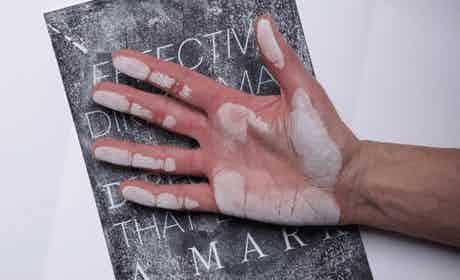