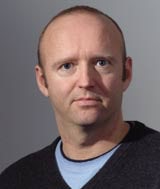 The agency, formed by former Carat executives Jenny Biggam, Colin Mills and Mark Jarvis, says it has been chasing Brown since launching in August. He will have a strategic role, and will also work on a consultancy basis with some clients.

Brown worked with the agency founders before they left Carat, when it held the E-sure and First Alternative accounts.

At E-Sure and First Alternative, Brown was responsible for media planning and execution of the rebranding of E-sure, which led to the introduction of the animated character Mister Mouse.

The7stars won Crown Golf, its first client, in November last year. It is expected to spend &£1m in 2006 to promote its 30 clubs.