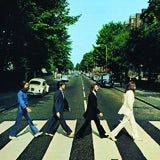 The most popular Beatles track among iTunes users in the US has been ’Here Comes The Sun’.

Apple also revealed that sales of Beatles albums had already topped 1m, with the 1969 album Abbey Road the band’s bestselling on iTunes.

Beatles tracks launched on iTunes on 16 November following years of legal negotiations between Apple and The Beatles’ record label EMI Group. Exact details of the commercial deals agreed by all of the parties involved have not been publicly disclosed.

Beatles albums retail from £10.99, with single tracks selling for 99p on the UK iTunes store.