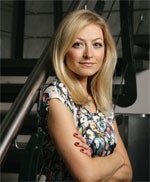 A failure to follow the basic rules of brand marketing best spells out what’s going wrong at troubled Mothercare.

Never extend a flawed brand is one of the basic rules of marketing. But baby-and-child retailer Mothercare obviously hasn’t been reading its textbooks. It announced last week that it is planning to shut a third of its high street stores in the UK over the next two years after its full-year profits slumped 72%. It will concentrate on international markets and out-of-town stores rather than its traditional territory.

Expanding into new markets is a great plan for a strong brand, in Mothercare’s case it is simply avoiding its biggest problem – it no longer knows what to offer its customers.

The management may lay the blame for its store closures on British high street rents but the simple truth is that Mothercare is out of touch with the youth.

It’s not like there aren’t plenty of potential customers out there. The UK is in the grip of a baby boom, the number of primary school pupils is expected to rise 14% by 2018 and IRI retail figures report sales of pregnancy testing kits are up 31% in the last two years. If people are having more kids, it stands to reason that they need to buy more for them too.

There are more companies than ever willing to sell to doting parents as a result. The supermarkets have expanded their kids’ ranges, as have high street chemists such as Boots. It is no surprise that Morrisons made its first foray into online retailing in February by purchasing baby retailer website Kiddicare for £70m. All competition for Mothercare.

I’ll spell out the problem for Mothercare; it’s what mothers should really know – BEST.

B is for brand positioning. Just what does Mothercare stand for in 2011? It isn’t cheap. It gets undercut on almost everything by online retailers from Amazon to Kiddicare. For example, a car seat at a Mothercare store might be £190 but the same item at Amazon can be £150 and with you the next day.

Mothercare is being redefined as an expensive option. But it isn’t a premium brand. It is squarely in the mass market rather than upmarket. If you want a posh baby present for a newborn, you’ll head to the beautifully lit emporiums of JoJo Maman Bebe or Mamas &amp; Papas; Mothercare is seen as somewhere for the unglamorous necessities of parenthood.

Mothercare’s positioning also ignores its Early Learning Centre sub-brand, which should be one of its greatest strengths. While online sites make a virtue of their prices and JoJo Maman Bebe offers beautifully knitted cardigans, Mothercare has the world of child development up its sleeve. Parents are obsessed by their children’s development. The ELC brand could form the centrepiece of what makes the brand different. Instead, it’s an unremarkable section hidden at the back of my local branch of Mothercare.

E is for excellent service. But I’m not convinced there is anything special about the Mothercare service. Parents talk to each other about what they buy for their kids and if you search forums such as Mumsnet and Netmums, you will find numerous complaints about the brand. Negative word of mouth has a greater effect on consumers’ purchasing decisions than positive, according to a recent paper in the Journal of Marketing Research. Why isn’t Mothercare out there responding to the complaints in forums? This is where mums rely on recommendations to make decisions about their spending and where the effects of great customer service could be multiplied.

Mothercare already owns an online pregnancy and parenting magazine-cum-forum called Gurgle. Why not get Gurgle representatives in-store to offer one-to-one appointments for advice? All those waiting parents would probably browse the shelves too.

The company could go further and offer to host health visitors on its sites. With cuts to NHS budgets and falling numbers of health visitors all over the UK, the brand could really put itself at the heart of parenting by offering a small amount of floor space for health visitor appointments. This would not only send the message that Mothercare is truly indispensable to parents but would also guarantee a stream of potential shoppers through the doors.

T is for trust. This is what Mothercare needs to regain. Of course international sales are great and Mothercare certainly needs to make more of its online sales but the humble high street store can still be the physical representation of the trust in the brand.

Mothercare has more history with parents than almost any other childcare brand; it should be able to see off threats from supermarkets and chemists with ease. After all, who knows best what helps a miserable teething child? The Tesco shop assistant or the expert in Mothercare? Who would you trust to install your car seat correctly?

Mothercare needs to think BEST right now. It should not ignore overseas expansion or improving its online offer, but it does need to find a way of putting itself at the centre of parents’ lives.

Whether this is advice stations or concentrating on the ELC brand, it needs to happen quickly. The UK hasn’t necessarily grown out of Mothercare but it needs to act quickly to ensure its falling domestic profits are just a phase.