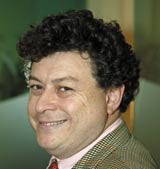 One might argue that people will always complain about some ads, but recent research by the Future Foundation has identified a trend it labels the Assault on Pleasure. The research shows that consumers’ attitudes have hardened; they are more willing to place restrictions on people and organisations that can influence their general quality of life.

For instance, 80 per cent of respondents believe alcohol should not be allowed at places of work, while 36 per cent say we should think twice before giving sweets and chocolates as gifts to family and friends. A quarter of people feel that to preserve the environment, there should be strict limits on the number of visitors to beauty spots and 39 per cent believe that four-wheel drives should not be allowed in city centres.

But what is driving this shift from freedom to regulation? And how far should brands – particularly in the food and drink, entertainment, travel and healthcare sectors – respond to this change in attitudes?

Attitudes towards advertising are also changing: 45 per cent of all adults agree with the statement that “food companies should not be allowed to advertise to children”, with the over-65s agreeing most strongly (over 60 per cent). Recently, in its latest attempt to ban links between alcohol and “sexual success”, the Advertising Standards Authority recommended that Halewood International replace the male model in the latest campaign for its Lambrini wine brand with an “unattractive, overweight, middle-aged and balding” alternative.

The seemingly laissez-faire attitudes of the recent past have diminished as consumers have become savvier; yet they can also fall victim to half-truths and exaggerations propagated by so-called experts. A health scare or environmental controversy can quickly gain credibility among consumers, which irreparably damage a brand, even when retracted.

With each emerging food fad, food retailers feel compelled to reassure customers that they are complying with health regulations. A move by McDonald’s late last month is testament to the importance attached to such issues. The fast-food giant placed a full-page ad in the national press carrying the strapline “We hear you”, assuring consumers that it was their interests that it had at heart when it introduced a healthier menu.

The nation’s health is a major issue for consumers as diet, the quality of food and concerns about the rising level of obesity have moved up the agenda. In 1996, 54 per cent of Europeans thought that using modern technology in food production was a benefit; this had fallen to a little over 42 per cent by 2000 and is likely to drop further still. Although consumers think food companies should market their products responsibly, they do not believe that they should be held accountable for the rise in obesity. Forty-two per cent disagree with the statement “food companies are responsible for the increase in [the number of] people with weight problems”.

However, consumers seem to have a more severe attitude towards alcohol. Sixty-eight per cent of people think that the Government should regulate the drinks industry in order to tackle binge drinking, which is perceived to be a national phenomenon and a huge problem.

Consumers’ desire for regulation and control are not restricted to health concerns. For instance, 70 per cent of people think that the financial services industry should be regulated. This attitude is shared by men and women across socio-demographic groups, perhaps fuelled by concerns about rising consumer debt in the UK.

How should companies respond to the Assault on Pleasure? There is little choice but to accept the reality of increased regulation, therefore companies must focus on communicating the potential benefits of their products. Today, marketing communications and product developments are designed with the “rejecters” in mind, in essence “preventative marketing”. Changing emphasis to rejuvenate faith among loyal customers will help to retain focus on the brand’s positive attributes.

Brand owners also need to let people know that they pay attention. Consumers will appreciate acknowledgement of their empowered role within the emerging “brand citizen” dynamic.