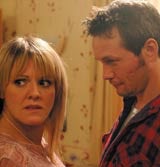 The apparent health of the TV market hides some ugly deals, which can work against the interests of advertisers. At least the contract rights renewal remedy offers some protection, says Phil Georgiadis

I wondered how long it would take ITV chief executive Charles Allen to start lobbying actively for the withdrawal of the contract rights renewal remedy. Apparently, Allen wants an end to CRR, which allows advertisers to cut their advertising spend to reflect any loss of audience share at ITV1.

After successfully securing a &£135m saving on ITV’s broadcast-licence fees, the projected loss of about &£150m in ad revenue in 2006 as a result of the CRR calculation would be a case of one step forward, one step back for arch-lobbyist Allen.

“No other comparable-sized European broadcaster has to operate under such a system. It was never intended to punish us for the success of multi-channel television, but it has,” Allen told the Broadcasting Press Guild. But the fact is, ITV was the architect of the scheme during the consultation over the merger of Granada and Carlton to form ITV plc. ITV says multi-channel penetration has soared (hardly a surprise given the Government’s ambitions for analogue switch-off) and that competition for audiences is tougher than predicted. True, but ITVs 1, 2 and 3 account for 41.5 per cent of all commercial impacts and 93 of the top 100 rating programmes this year. Multi-channel revenues via ITVs 2, 3 and 4 next year will make up the majority of the forecast &£150m loss.

What worries me is that Allen may well achieve his goal.

In truth, the independent adjudicator, funded by ITV but under Ofcom’s authority, has not exactly been busy. The apparent lack of case referrals for anti-competitive behaviour might lead advertisers to believe that the new ITV is a caring, sharing organisation, unwilling to abuse its dominant market position. So ITV could “reasonably” argue that the world has moved on and advertisers are benefiting fully from the diversity of channels in today’s market.

Yet this argument masks the real dynamics of the market, meaning Allen’s move is very dangerous.

The practice of “agency deals” (also due for an Ofcom review) is fostering a false sense of security among many advertisers. Now is the time for advertisers to question who benefits from these deals.

The large agencies argue that their scale offers clients an advantage. So, it’s nothing to do with their own economies of scale then?

Genuine negotiation demands that both parties are in a position to buy elsewhere – to walk away, the final sanction. But can an agency that deals in aggregate across a wide variety of marketing categories and for a diverse range of brands really threaten ITV1 (and 2, 3 and 4) with a withdrawal of revenue? The reality is that a sanction is not commercially viable for the majority of clients – and the willingness of one client to take on ITV would (behind closed doors) be neutered by the needs of another client to maintain a healthy trading position with ITV and access to flagship programming.

At Walker Media, we have been examining the TV channel “footprint” of certain agency deals – the distribution of impacts by channel. What is fascinating is that the deviation between the “agency footprint” and that of individual advertisers is very small.

To insiders, this is no surprise. Agency dealing is a dark art. Advertisers are seduced into believing that it’s a “win-win”. But while the year may start with an estimate of what agency airtime distribution by channel may be, inevitably the sand shifts.

If a bright-eyed planner decides that the best route for a client is to be extreme with channel selection, particularly towards the end of a deal period, it is highly likely that a less-than bright-eyed agency trader will tell him or her that it can’t be traded. Equally, from time to time, an unsuspecting client will be sold a channel mix for the sole purposes of reconciling agency deal commitments. So let’s go back to CRR. If you are managing an agency deal, CRR applies to that deal as a whole and it is therefore difficult to fall out over. If agency traders think the share to ITV is too high, they are hardly in a strong position to reduce it further

than the allowances afforded by CRR and, as I said earlier, taking on the majority supplier is not an option.

Without CRR, ITV would be able to drive up its share from the big agency deals. The strong performance of ITVs 2 and 3 in the multi-channel world that ITV labels a threat will only harden its stance.

In a consolidating world, advertisers outside the planning constraints of an agency deal are well placed, with CRR in play, to trade aggressively with the whole market. If advertisers do not lobby ferociously for the maintenance of CRR, they are placing strategic control with agency traders rather than planners – and granting ITV a licence to artificially inflate the natural cost of a TV campaign.

Specsavers, the UK optician chain, is to black out the entire MSN homepage as part of a one-day exclusive advertising takeover deal for an undisclosed sum. Apparently, MSN has not previously allowed an ad to cover editorial content in this way. MSN is calling it a “page altering” event. Next Monday, visitors to the MSN […]

The Government is planning to allocate part of its Â£4m anti-binge-drinking advertising budget to drinks industry body the Portman Group, after what is being seen as failure to reach a strategic consensus.

Virgin Radio, the Scottish Media Group-owned station, is understood to have appointed Saatchi &amp; Saatchi marketing director Kathleen Saxton as its director of strategy. She is expected to join the station in early November in a newly created role, Her appointment signals that new chief executive Fru Hazlitt, who joined earlier this month, plans to […]