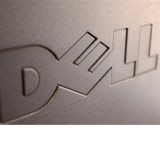 Dell has announced a recovery plan to cut costs and boost customer service, but it may not be enough to fend off H-P, says Martin Croft

Dell Computer is the world’s biggest manufacturer of personal computers: but the company that was once the darling of the world’s stock markets is having to face some harsh facts.

Dell chief executive Kevin Rollins admitted “the competitive environment has been more intense than we had planned for or understood,” adding that Dell’s attempts to focus on growth and improved profitability gave competitors a chance “to improve their relatively low levels of profitability and accelerate growth.” Dell has “now taken action to reignite growth and reassert the value of its direct model.”

That action revolves around slashing prices and costs, while investing more in service and support – Rollins has promised more than $100m (53m) will be spent on regaining Dell’s “leadership position in customer experience”. He is looking for $3bn (1.6bn) “cost improvement” in 2007.

This is significant, not least because it underscores just how far Dell has come from its roots in building individual computers for small business clients and cutting out the middleman to achieve better margins. The business market is now so important to Dell that its major launch for 2007 is a range of multiprocessor server computers using AMD’s Opteron processor.

But in chasing the corporate market, analysts suggest Dell has lost the loyalty of its once-fanatical user base of individuals and small office/home office users. Loyalty expert Fred Reichheld, director emeritus at management consultancy Bain & Co, quotes Bain research from 2003, which shows Dell then had about 8 million customers, of whom 15% – 1.2 million people – were “detractors” who, on average, would make negative comments about Dell to four people a year. If Dell converts half of those into customers with a neutral stance, says Reichheld, it could add more than $160m (84m) to its bottom line every year.

Dell is held up by some marketing experts as a model company in terms of how customers should be handled: yet that view is at odds with numerous negative postings on websites and blogs from customers and ex- and current Dell employees. But Dell’s problems run deeper than a core of dissatisfied customers and staff. Its very model of doing business is now in question.

Dell, as its television ads stress, does not sell its products in high street stores – they can only be bought by mail-order or online, and most of its business is done over the Net. But it may be that the once apparently exponential growth in PC and hardware sales online has peaked.

Dell’s figures also look particularly poor when put alongside the revived fortunes of rival Hewlett-Packard, which some industry experts believe could overtake Dell as the world’s largest manufacturer of PCs in the next 18 months. Only days before Dell’s results were released, H-P announced better-than-expected second-quarter sales and profits, with a prediction of more good things to come in the third quarter. H-P net profit in the second quarter was $1.5bn (800m), up 51% on a year ago. Sales, at $22.6bn (12bn), were ahead 5% year on year.

If H-P represents a major threat to Dell, then another could come in the form of Lenovo, formerly IBM’s PC division until it was sold to a Chinese investment group in 2005. Lenovo, the world’s third-biggest PC manufacturer, is now run by Bill Amelio, who used to run Dell’s operations in Asia.

In the UK, Dell appears to be addressing its problems by restructuring its marketing department, with the transfer from the US of Kathleen Schneider, previously a senior marketer in Dell’s peripherals division. Schneider’s predecessor, marketing director for the UK and Ireland Neil Stevens, has left the company, although as Marketing Week went to press, Dell would not confirm when or why.

Rollins’ comments last week suggest Dell is aware it has a problem: whether the steps the company has outlined are enough to effect the same sort of turnaround as at H-P remain to be seen.

1985 The company introduces the first computer system of its own design.

1990 Manufacturing centre set up in Ireland to serve Europe, the Middle East and Africa.

2003 Dell introduces printers to its portfolio and enters the consumer electronics market.

2005 Dell tops the list of “America’s most admired companies” in Fortune Magazine.