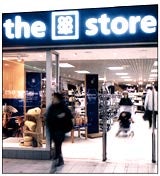 Co-op retail arm CWS is making a submission to the Independent Television Commission (ITC) calling for a ban on advertising unhealthy food to children.

The Co-op has committed itself to a voluntary ban following its study into food and drinks products with a high fat, sugar and salt content that are advertised on TV during children’s viewing periods.

The ITC is reviewing its code of advertising standards and practice and is to invite public consultation on the advertising of foodstuffs and advertising to children.

The Co-op enquiry found that during one week in March ads for foods with a high fat, sugar or salt content accounted for 70 per cent of food ads targeted at children. According to the Government’s National Food Guide, such foods should make up no more than seven per cent of a person’s diet.

Wendy Wrigley, general manager of retail brands at the Co-op, says: “We don’t believe advertisers are following the spirit of the ITC code. We are calling on the ITC to look at the cumulative effect of ads promoting fatty, sugary and salty food.”

ITC deputy director of advertising Ian Blair confirmed that the TV regulator would consider the submission at the appropriate stage in its review.