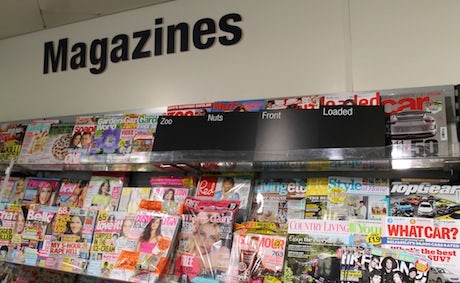 The decision means that titles including Front, Nuts and Zoo will no longer be available in Co-op’s more than 4,000 stores nationwide. The ban also affects the midweek and Sunday Sport newspapers.

The Co-op made the modesty bag request in July following “growing concerns” over the possibility of exposing children to overtly sexual images on the covers of such titles.

The publisher of Loaded has agreed to the request and will continue to be sold in Co-op stores.

Steve Murrells, CEO of The Co-op Group, says: “As a community-based retailer, we have listened to and acted upon the concerns of our customers and members, many of whom said they objected to their children being able to see over sexual images in our stores.

“We believe individual, sealed modesty bags are the most effective way of addressing these concerns, so we will no longer be stocking the titles that have failed to meet our request.”

IPC Inspire, which publishes Nuts, said in August that it would not modesty bag the title at retail, calling The Co-op’s “ultimatum” an “unreasonable attempt to prevent shoppers from freely browsing a legal magazine”. A spokesperson says no other retailer has made a similar request and it is now “business as usual”.

Nuts publishing director, Jo Smalley, says: “Our mission is to deliver Nuts content to our audience of young men in whatever format they choose. Additional copies of Nuts will be made available to 4,000 independent retailers that are located in the postcode area of Co-op stores that previously stocked Nuts.”

Bauer Media says it is aware it’s decision not to display Zoo in a modesty bag means that from September 9 The Co-op will remove all copies from stores.

The Co-op’s decision is a blow to lads’ mags, which have seen their sales slump in recent months. Figures from the Audit Bureau of Circulation show that in the first half of the year, Nuts’ circulation dropped by more than a quarter to 58,781 compared to the previous six months.

Yahoo has made the first update to its logo in more than 18 years to reflect the company as a reinvigorated “modern and fresh” brand. 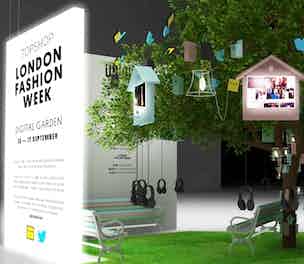 Topshop is partnering with mobile sound app Chirp for London Fashion Week in a move that it claims is the first of its kind by a fashion brand.