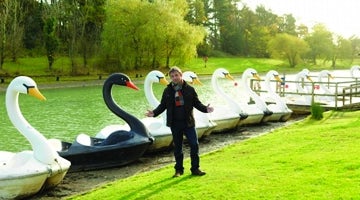 The supermarket group will use the new line: “Good Food within Easy Reach” on all its advertising from 3 January to encourage people to change their shopping habits and shop locally at Co-op food stores

As previously revealed in Marketing Week, The Co-op is launching a multi-platform campaign to assert its position as a local alternative to the Big Four supermarkets, Tesco, Sainsbury’s, Morrisons and Asda.

The ad campaign, created by TWBA/Manchester, aims to encourage people to focus on the important things, such as family, rather than spending too much time doing a big weekly shop at an out of town supermarket.

The ads, which will run across television, radio, print, cinema, outdoor and digital media as well as in-store, feature people talking about what they would rather be doing instead of the weekly shop.

The campaign will be supported by The Co-op’s 12-month sponsorship deal of ITV’s National Weather broadcast, which begins on 1 January.

Sean Toal, commercial director of The Co-op Food, says: “The Co-op is perfectly placed to encourage people to shop locally and buy what they need, when they need it, rather than travelling miles to stock up on groceries just for the sake of shopping.”