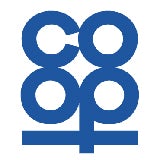 Co-operative Energy promises one “simple” single unit price tariff and will source electricity from law carbon generators, such as wind and hydropower.

Nigel Mason, Co-operative Energy spokesman, says: “It’s time the industry had a radical shake up. Customers have been bamboozled by complicated tariffs and confused by changing prices and unfair contracts, and it has to stop.”

The national Co-operative Energy launch will be supported by social media activity, including YouTube video voxpops about consumers’ views of the energy market.

Co-operative Energy is wholly owned by the Midcounties Co-operative, the third largest co-operative in the UK, with more than 300,000 members. Like other Co-operative products, its Energy customers will receive profit dividends bi-annually.

The new energy company claims it will never “hard-sell” customers and will not impose exit penalties or lock people into fixed price contracts. Co-operative Energy also aims for the carbon content of its electricity to be less than half the national average by April 2012.