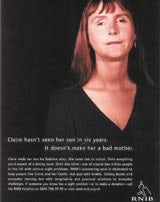 Websites all over the UK are being checked out by the Government-funded Disabled Rights Commission (DRC) to see how accessible they are to disabled people. The commission will publish a “name and shame” list of those with poor accessibility by the end of the year.

Being slammed for poor accessibility in the year that is “The European Year of People with Disabilities”, is not the kind of Christmas gift most e-marketers would wish for.

The DRC takes its powers from the Disability Rights Commission Act 1999. It has a mandate to carry out formal investigations aimed at eliminating discrimination and encouraging good practice in the treatment of disabled people.

In relation to the Web, the DRC announced in April this year that it will test more than 1,000 public and private sector websites, rating them for disabled user accessibility. This announcement promised a report naming the worst culprits and demanding urgent corrective action.

For e-commerce businesses, government departments and all manner of websites in between, this news should be a wake-up call. And the DRC is not their only worry. Even if a website isn’t named, pressure groups such as the Royal National Institute for the Blind (RNIB) are likely to be scrutinising its performance too. These non-profit organisations are increasingly taking direct action to expose poor sites.

The websites’ standard practice to date has been largely to ignore the issue until forced to settle out of court for sums far greater than taking earlier corrective action. This cost also ignores the potential PR disaster, damage to reputation, and falling traffic and sales that can result.

The world’s first successful action over Web accessibility shed some salutary light on this threat. Barry Maguire versus Sydney Olympics Organising Committee netted a modest $20,000 (&£12,500) for the litigant, but cost the committee an enormous further bill in legal costs – not to mention the cost of adjusting the site so that it meets the highest possible standards.

In the US, AOL decided to settle out of court in an action brought by the US National Federation of the Blind. On top of the direct costs, AOL continues to be haunted by bad publicity over the case.

Closer to home, the RNIB has confirmed that it is taking its first legal action against a so-far unnamed website. It is understood that a number of similar threats have resulted in out-of-court settlements.

Before blaming government red tape for this crackdown, it’s worth sparing a thought for the considerable numbers of potential website users who do suffer from a relevant disability.

To understand the barriers many of these people face, it’s worth getting hold of the latest software available to blind and partially sighted people – products such as Lynx, JAWS and MS Page Reader. Load them up and have a listen to your site – but sit down first because you’re in for a shock. You are likely to be greeted by a wall of impenetrable gobbledygook, techno-jargon and then a strong urge to switch off.

Peter Ballard, a partner at Web usability specialist Foolproof, says he pitches for business by showing potential clients how inaccessible their websites are from the point of view of a disabled user.

“Once you’ve heard your site through this software, you know you’ve got to do something about it – DRC or no DRC,” says Ballard.

A further motivation for taking immediate action is making your site accessible through PDAs (personal digital assistant) and mobile phones – for both disabled and able-bodied people. While this may sound a bit too cutting-edge, it is worth noting that 743 million people are predicted to be accessing the Web in this way by 2004 (Cahners In-Stat Group).

Web accessibility may seem too low-priority for urgent action, but the stark choice remains: pay a little now, or a lot more later.