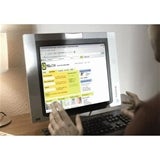 A recent Court of Appeal ruling on copyright protection has upturned what constitutes protected data, threatening traditional working practices and revenue streams of the industry. By David Reed

Do you have data on your business customers and prospects? Is each record enhanced with information, such as transactional history, segmentation code, financial attributes? Would you assume that you have copyright protection over that data?

If so, you could be wrong. Following a landmark decision in the Court of Appeal, the copyright protection which most data owners thought they enjoyed may have been removed. Unless you can demonstrate that what you have is a database, rather than just a collection of data, you might find that anybody could use a copy of your records without having to pay royalties.

For commercial data owners, the ruling came as a shock. Its implications are still being unpicked, but some effects are clear. Contracts under which users license data are being checked and tightened. And online data distribution is being carefully examined to try and prevent the harvesting of records by automated software.

“Once your data is in the public domain, there is nothing you can do to stop people using it. That usage may not be the purpose for which the data was intended to be used, but that makes no difference,” says Iain Lovatt, business development director at Blue Sheep.

Assuming that copyright protection exists is no longer enough. Instead, there has to be a legally-defined set of parameters under which data is distributed and used.

The problems stem from a long-running battle between William Hill and the British Horseracing Board – about BHB’s database of information on runners and riders for all races in the UK that it licenses to bookmakers. On the appeal, Iain Garfield, associate at law firm BPE Solicitors, says: “It is at this stage that the European Court began its exercise in pedantic hair-splitting, and database owners can be easily forgiven for getting lost in the argument.”

Despite the fact that the law grants protection to the content of the database – which was widely assumed to mean the data itself – the court ruled that BHB was “creating data”, an activity not expressly covered by the regulations. “This raises an interesting conflict in the semantics of ‘data v database’ and ‘creating v obtaining’,” says Garfield.

The raw, unpublished data obtained by the BHB would have been protected, but not the final, edited version it released. This was despite the &£4m investment and 100 staff involved, which would appear to have been substantial enough to qualify. As Garfield says: “This decision was not expected by the legal world, and certainly not by the database industry.”

With millions of pounds spent every year by data owners to create databases that are then licensed out for use, the current position is clearly unsettling. It is especially confusing for those operating in the business data arena.

Companies are required by law to register at Companies House. This information is in the public domain, although the registrar charges for allowing access (something which was itself the subject of a legal challenge several years ago by Experian). B2B data companies acquire these raw files and then enhance them, either through direct research or by combining it with other pieces of information.

The result is the kind of database to which the 1997 regulations were supposed to give copyright protection. This is in contrast to non-original databases, such as telephone directories, which are only given “sui generis” protection – in other words, the data can be reproduced, but not in exactly the same form.

Paradoxically, the appeal court ruling seems to have reversed this situation. “Publishers of listings, directories or maps are still protected today – but only if they obtain the data from others, rather than create the data themselves,” says Zina Manda, sales director at Mardev, which markets compiled and enhanced business data from Reed Publishing.

The ruling appears to threaten the revenue streams from such compiled data, since bodies such as the Football Association will no longer be able to charge the media for reproducing features lists, for example. BHB’s licence fee income on horseracing data is about &£100m, but could fall considerably.

“Publishers of magazines create new databases and so, according to this recent ruling, are unlikely to be protected. This is likely to mean that they will face increased costs in protecting the investment in their databases. This is not likely to promote growth in the number of databases in this industry, or indeed any other,” says Manda.

What worries many in the industry is that the whole directive could be repealed. Alternatively, the default protection status could be “sui generis”, which is based on “sweat of brow” effort in compiling data, rather than the genuine creative effort in producing intellectual property that the directive was meant to protect.

A number of consequences are already being felt. The first is a much greater focus on the terms and conditions under which data is licensed by its owners to third parties. In the past, many deals relied on standard terms, often printed on the back of the invoice. Now these are being clearly stated upfront. “The protection is in the licence, not the intellectual property. That is what has come out of this case,” says Lovatt.

At Experian, head of business- to-business marketing Nick Frazer says: “Our licences are very tight. We are very clear in our contracts with clients about their use of the data, selling it on or licencing it to third parties.”

He accepts that the protection of database rights is now “more grey than ever”. This does not mean giving up on proving that substantial investment has been made in the obtaining, verifying and presenting of data. “We do add a lot of value and intellectual property into the data,” says Frazer.

This could lead to an unexpected benefit for data owners out of the recent ruling – an acceptance among data users of the value of information, rather than viewing it as a commodity.

Nicky Keyworth, leader of sales and marketing solutions at D&B, says: “What companies like us need to do is add value to that data, rather than just aggregate it. It is not enough just to re-present data.”