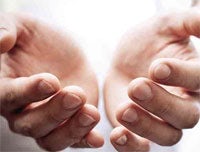 With austerity measures and inflation hitting consumers’ pockets hard, it’s not just high street brands that are suffering. Charities, too, are feeling the pinch, as people continue to cut back on what they perceive as non-essentials.

Marketers in the charitable sector therefore face a tough challenge as they seek to create standout in a saturated market and promote a compelling call-to-action to a society for whom the pound seems not to be stretching as far as it once did. Added to this, more than two-thirds of charity supporters have concerns about how their donations are spent, according to a recent survey by TNS, commissioned by the Fundraising Standards Boards (FRSB). The research also shows that almost six in 10 of these organisations express concerns about the amount spent on processes such as administration, rather than the charitable cause.

Fortunately, many charities are now well on the way to a coveted ’single supporter view’, or centralised CRM system one of the holy grails of marketing in recent years and one that can no doubt help to cut out unnecessary costs when it comes to communicating with supporters. But how many have achieved it? And for those that have, how much is it helping? 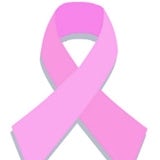 Cancer Research UK has spent the past three years centralising its four databases into one. Supporter marketing director Natasha Hill says that prior to this project, potential donors might have been targeted separately by more than one team at the charity, three times a week, without anyone in the marketing department being aware of the overlap.

Alongside the benefit of now needing to spend less on the processes of merging and matching disparate data sets, which frees up more money to spend on the cause itself, Hill says the culture at the charity since the merging of the databases has ’radically’ changed. “No one ’owns’ a supporter or ring-fences them now,” she says. “There is product neutrality. That’s the biggest thing/ we’re able to do the right thing by the supporter rather than by the team.”

Oxfam, too, has identified the need to avoid unnecessary silos when it comes to making contact with much-needed supporters. Its marketing database manager Rob Frost says the charity is in the early stages of an ’audience champion’ project, the aim of which is to manage the supporter journey better and maximise cross-sell opportunities. “If you happen to be an event manager,” he says, “your objective is to sign people up to an event. We need to put in place key performance indicators and objectives to encourage collaboration between departments.” 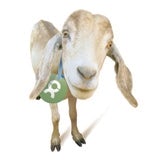 Oxfam and Cancer Research UK are not alone in their focus on the creation of a more supporter-centric approach. Tracy Griffin, director of fundraising at Shelter, says a new data insight team was put together at the housing charity about a year ago. This team develops a full view of the supporter journey across all the ways in which they could interact with the charity, and this helps to cross-sell across departments. “Data was on disparate spreadsheets before,” she explains.

What’s more, there is a raft of new technologies available that can help marketers in their quest to gain this 360-degree supporter view. Sarah Dyer, director of new media at charity Beatbullying, believes it is vitally important that charities keep up with new ways of communicating, but says many marketers at charities appear afraid of new technologies. She believes that some are ’scared’, for instance, of free open-source software. “I’m constantly surprised when I chat to my peers about what IT they’re using and what they’ve got or not got in-house,” she says.

Charity marketers also admit that there are some weaknesses in the management of data when it comes to the operation of retail stores.

otentially useful data is not being leveraged to its full extent. Oxfam’s Frost says more could be done to harness the potential of the charity’s extensive retail networks, in terms of the data they have access to, yet he says it can be hard to create the means of doing so. Shoppers could be invited to sign up to mailing lists, or for a loyalty card similar to the Tesco Clubcard, for example, “but it’s difficult to see ways to personalise [the shopping experience]”. And Michelle de Souza, head of customer relationship marketing and group database at Age UK (see Brand in the Spotlight, below) says there are “plans afoot” to provide its retail network with more technology so it can monitor who is using the shops and put it to good effect.

Oxfam asks donors to Gift Aid their donations but the system has some limitations, says Frost.

According to experts, however, the major challenge facing charities in terms of harnessing data for marketing purposes is the need to integrate online and offline data flows

“Gift Aid can tell us who’s donating at the shops, but it won’t tell us who’s shopping there,” he explains. “We don’t yet know what they are donating. The process needs some improvement.” There are several hundred thousand people who have signed up for Gift Aid, he says, but the amount of data sometimes causes issues. “There can be manual errors, like a full stop missing so that it looks like a donation is worth a thousand pounds rather than ten pounds. And there’s a time lag,” he says.

According to experts, however, the major challenge facing charities in terms of harnessing data for marketing purposes is the need to integrate online and offline data flows. According to RSPCA head of fundraising and supporter services Catherine Cottrell, current limitations with data management stem from the fact that its existing database was created for a different mix of marketing channels.

“We require a relationship database that can easily provide us with a whole supporter view,” she says. “We also need to be able easily to integrate with digital channels, store email data, match records etc. It’s really about moving with the times and future-proofing our marketing.”

Board-level support is crucial for charities to be in a position to implement such systems, as they require significant investment. Jonathon Grapsas, fundraising development director at the Pareto group of companies and a prolific blogger on fundraising issues, says many charities cut corners, worrying more about the situation now rather than how things will be in six months’ time. “Innovation is often stifled; people are fearful for their jobs,” he says. “Truly strategic fundraisers are less focused on now as opposed to thinking about tomorrow.”

Often it’s a case of having to prove what’s possible, to educate and put together a solid business case, before you can rely on any investment. “You have to take the lead and show people what’s possible,” says Oxfam’s Frost. “We’re not being driven by the business to get this information. We’re not being asked ’integrated’ questions about what we’re doing.”

What can also really help in the quest to increase efficiency, say experts, is skills-sharing either within an organisation or between different organisations. There may be fierce competition, but there’s no reason not to stop others making the same mistakes, says Age UK’s de Souza. Shelter’s Griffin says she is in regular contact with other charities and has shared information on ways to improve the supporter journey. “We’re always looking for corporate support, for anyone who can help us develop donor insights,” she adds.

Beatbullying also has a project under way to discover how it could collaborate with other charities. “We may be able to understand better how donor streams work, the make-up of people who give to charity, and generic donor behaviour,” says Dyer. “The beauty of data is that it can bring up interesting patterns. I think the sector is quite frightened of such collaboration as it is highly competitive, but we could learn so much from sharing this information.”

Brand in the spotlight

Data Strategy (DS): How would you describe the impact, in data terms, of the merger between Age Concern and Help the Aged to form Age UK?
Michelle De Souza (MDS): Before the merger there were probably six or seven databases. We opted to use the centralised CRM model that Help the Aged had already invested in. Now we operate one business intelligence warehouse. We have had a 360-degree view of the supporter for the past six to 12 months. It’s allowed us to define our customer journey and put a solid customer intelligence framework in place. It’s revolutionised what we do, but it was imperative. We couldn’t actually manage our business without it.

DS: What advice would you give to others considering a major data project like this?
MDS: A cornerstone of any CRM system is robust data management. You need strong data governance. We spent a lot of time standardising, cleaning, augmenting and matching data. You need to do that first. The devil is in the detail. We accessed a lot of bought-in software to help with this, but the tools we used were pretty standard; it’s as much about the focus. You need to think about what reporting, analysis or insight you will want to achieve. That will dictate what data you bring in and how you store it. There’s no point running a project on time, in scope and on budget but having no data you can analyse at the end of it. Set the objectives from the outset, and don’t lose sight of them.

DS: How are you trying to improve your data management processes at Age UK?
MDS: We’re midway through a project to improve our attitudinal data. This will give us an added dimension, more granular insight. There is a tremendous amount of information sharing in this sector, which is of huge benefit. Help the Aged was one of the first to centralise CRM and I’ve lost count of the people who’ve rung me about this. You don’t need to give the family jewels away; if you can stop another organisation making the same mistakes, that’s a good thing.

DS: What are the most difficult challenges the charity is facing in data terms?
MDS: We want to move more of our communications online and we’re in mid-trial of some software to help us link email address to postal address. That can be incredibly difficult. Also, one of the biggest challenges around digital media is the expectation of an immediate response. You need to gear up resource-wise. It’s a challenge. But these channels are undoubtedly the future.

DS: What would you say are the ’secrets’ of effective data management?
MDS: CRM stands or falls on robust data management. If the data is inaccurate, every assumption you make is based on flawed data. Uniformity of data collection is really important. It’s important to engage the whole organisation, to be collaborative. A data management team that sits alone is one that fails, ultimately.