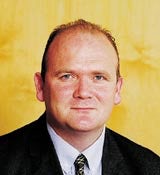 These are exciting times we live in as media practitioners. A business founded on renting space from media owners to showcase a brand’s advertising message has evolved into a multi-faceted media communications industry.

Advertiser-funded programming is one of the relatively new routes that agencies and media companies are having to come to grips with. They are an excellent illustration of the old adage that “the medium is the message”.

Motive has constructed a media-led communications strategy for Beefeater Restaurants which breaks this month on Channel 5. Developed in partnership with the network and publishing house Bauer, the strategy uses sponsorship, advertiser-funded programmes and magazine publishing.

What’s interesting about advertiser-funded shows is that media communications are the central force behind them. In the case of Beefeater, the traditional 30-second spot was perceived as inappropriate at this stage of the brand positioning development. Programme sponsorship allows you to borrow the positive brand values of a programme, and with advertiser-funded programming the extended opportunities are almost limitless and possibly more direct.

I believe that advertiser-funded program ming will claim five per cent of advertisers’ TV budgets in the next few years as opportunities grow. New channels are emerging with a more tightly targeted approach and which require programming to be chosen as a perfect fit for the advertiser.

The costs of advertiser-funded programming won’t frighten even the most modest national advertiser. For an average studio production, the costs can be about &£30,000 for 30 minutes of television. A modest TV commercial will still set you back a cool &£300,000.

Given these cost guidelines, ad-funded programming may be regarded as a cheaper route for smaller companies to gain mass market attention. This route also presents fewer constraints on creating a substantial brand presence away from the screen. The clever use of PR and sales promotion built around your central characters allows spin off books, videos and product cards in magazines and stores.

The only limitation for the smaller national brand is that you can’t usefully recoup your direct investment through overseas programming sales – which is the advantage for the multinational.

In Kevin Kelly’s book New Rules for the New Economy, he writes: “The only factor becoming scarce in a world of abundance is human attention.” This demand on attention spans is the greatest challenge to marketers in constructing dialogues with consumers and embracing the many new opportunities afforded by the expanding media landscape. If advertiser-funded programmes are few now, it’s only because the issues and detailed negotiations still have to be fully grasped by the average agency or media person.

The Royal Horticultural Society (RHS) is holding a four-way pitch for its £500,000 ad and media account, which includes the world’s biggest flower show at Hampton Court Palace. The RHS, which also organises the Chelsea Flower Show, has split with incumbent Cardiff agency Golley Slater, which handled the account for five years. Golley Slater is […]

The BBC has outlined its next proposed set of digital services including a children’s channel, more channels based on repeats and news headline services for viewing on mobile phones. The public consultation document, introduced by BBC chairman Sir Christopher Bland, has been unveiled as the Government considers the recommendations of a review into the future […]

Barclays Bank is scrapping ten of its 13 retail marketing divisions in a restructure which will focus activity on customers rather than products. The bank denies this will lead to widespread redundancies, claiming only a handful of marketing jobs will be lost. The marketing divisions devoted to loans, life and pension products, savings, investment products, […]