But this story could have ended very differently.

Pink Balloons PLC had developed a balloon that could stay up for ever. The boss of the company gave a young girl in the marketing department the job of telling the world all about the amazing balloon. But the world is a big and noisy place. The girl had been at a loss as to how she might succeed. That was until she came across the storyteller, who shared with her the secret to success.

She explained how Penelope and Sophie from the PR agency could help to share the stories. How Dick and Dom in digital, and Derek from the direct marketing department could all help  to make sure their stories were seen by as many people as possible.

Her boss was thrilled. “This is the solution we have been looking for,” he said. “Call everyone to the boardroom. I have hundreds of stories we can share.”

The entire marketing team assembled in the boardroom and, after a brief explanation by the girl, her boss took the floor.

And so he began.

One story was followed by another and then another. Fact followed fact, stat followed stat. On and on he spoke. Penelope delicately dropped off, Sophie sent several stupefied selfies, Dick and Dom were playing Angry Birds and Derek was snoring audibly.

“This isn’t going to work” thought the girl. As the boss continued flipping charts, she slipped unnoticed from the room and called the storyteller.

“Can you help us?,” she asked. “We have hundreds of stories but none are as wonderful as the one you told me.“

“Put the kettle on, I’ll be right over,” said the storyteller.

In the time it took for the tea to brew, the storyteller had arrived at the headquarters of Pink Balloons PLC. Introductions were made and the boss told his stories once more. Finally he stopped, and the storyteller spoke.

“Let me tell you a story,” he said. “I once met a girl with a pink balloon. This was no ordinary balloon, it was a balloon that could stay up forever.”

Time passed, but no-one remembers how much, as the storyteller weaved his magic and fascinating stories of the amazing pink balloon unfolded, each one more captivating than the last.

So the storyteller agreed to help the girl and her boss. He taught them the difference between a good story and a bad story. He taught them how to tell stories that an audience would relate to. How to make a story that people would share. And the stories they told were magical.

The people who heard the stories loved them so much that they shared them with family and friends. One story became the number one Christmas TV commercial. There was even talk of a film.

And everyone came to know and love the wonderful pink balloon.

Not all content is made equal – let’s face it, some of it is not even made well.

As brand and product stories proliferate along with the channels for sharing them, simply maintaining frequency and volume is a challenge for marketers. In many companies, just about everyone gets roped into storytelling – from the CEO to the intern.

Could this be the reason why it can be difficult to see any brand message in the medium? Or why so much content fails to engage the consumer?

Consumers are not dummies – they can spot fluff and flim flam a mile off. Waste their time or bore them and they will let you know with stories of their own – bad ones.

Not all stories are made equal. It takes knowledge and expertise to craft good ones. However, what does it take to sustain that narrative and keep customers captivated over time?

At the fabl, we believe that compelling storytelling magically generates more good stories.

A natural part of integrated marketing, content marketing has the capacity to work brilliantly with every marketing discipline from digital and direct marketing to advertising, social media and PR.

Get it right and your audience will start telling your story too. That’s how legends are born.

Cannes 2015: Jamie Oliver spoke to Marketing Week about the role of brands in healthy eating and why he thinks YouTube is the future of broadcast. 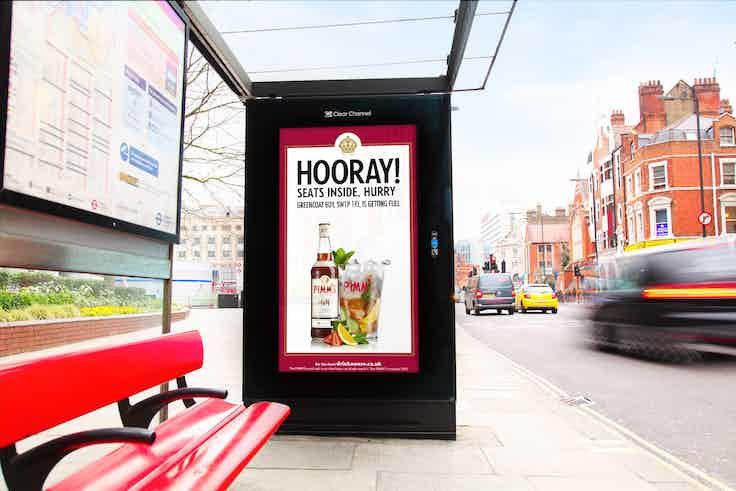 Diageo told Marketing Week it is looking to become “more impactful to the customer” as it partners with London pubs to trial beacons for the first time with a sensor-activated digital OOH campaign for its Pimm’s brand.