Social is a revenue generator, sometimes

Questions have been asked about how much social media helps a company’s bottom line. Now we have an answer, from airline KLM at least. Social media manager Karlijn Vogel-Meijer says its last-click model can attribute €25m of sales to social media, due to a focus on customer experience. He claims the brand manages an average response time of 23 minutes despite receiving 45,000 mentions per week, of which 5,000 are genuine queries that need to be investigated.

If that isn’t enough to convince brands they should be on social media, Alastair Campbell added his thoughts. He said companies that aren’t on social media are “dislocated from their markets” and become simply the “subject of other people’s opinions”.

“If you’re there, you can help shape the dialogue, demonstrating a willingness to engage and explain, building trust and, crucially, shortening the gap between the institution and the audience. It may all seem tactical. Social media used properly is a modern strategic tool,” he added.

A dissenting voice, however, came from Fujitsu marketing director Simon Carter, who added that despite running social media campaigns, he is yet to be convinced that it matches one of the marketing fundamentals – does it provide ROI?

“No one has proven to me yet that they have sold anything directly using social media”.

Managing a brand in a crisis

Singer Tulisa Contostavlos knows a thing or two about a crisis. Last year she was the subject of a media sting by notorious undercover reporter the Fake Sheikh who claimed she had helped organise a drug deal. The subsequent court case collapsed but, according to Tulisa, the damage to her reputation was already done.

She said any brand that goes through a difficult period needs to ensure that it remembers what it stands for, even in the face of adversity.

“During a crisis you have to hold yourself high – you are only as big as you hold yourself. You have to believe in the brand and know you are going to get through it. If you sell yourself short now you won’t benefit in the long run,” she said.

Digital transformation must start at the top

Marks & Spencer’s decided in 2010 that it was going to shift focus to be a multichannel retailer, however its executive director of multichannel Laura Wade-Gery admitted that when she joined in mid-2011 she found a retailer with “limited digital capability” and isolated groups working on the online business.

That is not unique to M&S, Wade-Gery highlighted that at FTSE 100 companies, just two have IT directors on their board, indicative of the fact that most companies “still have some way to go” to understand digital and online.

To address the issue at M&S Wade-Gery took the top 100 people in the business, no matter their job role, on a one-and-a-half day training course to immerse them in digital and improve their general skills. While the retailer has also invested in new digital skills she said to succeed businesses cannot “put the digital team in a corner”

“It is essential to have digital integrated into the DNA of the whole business,” she said.

Sharing five ways marketers can use content to disrupt their marketing strategy and influence the wider business Coca-Cola’s European marketing boss Javier Sanchez-Lamelas delivered one rather controversial assertion: TV is dying as a medium.

“The emergence of high-definition video streaming is a “gamechanger” for marketers said Sanchez-Lamelas. “Gone are the days when consumers have to wait for quality content,” he added. “The [mobile] screen is now more superior to TV. TV is dead.” Doubts from advertisers about TV are not new but for Coke the rapid shift to mobile and more importantly video on demand points to where it should be shifting media spend moving forward.

Getting the science and creative balance right remains elusive

Advertisers need to put as much effort into creating high quality ads on Facebook as they are into understanding the science of engaging their fans if they are to make the social network’s ads work harder, according to Facebook’s regional director for the UK and Ireland Steve Hatch.

Hatch told delegates the secret to “good [creative] work” on the platform was the same as it was with other traditional advertising channels such as TV. 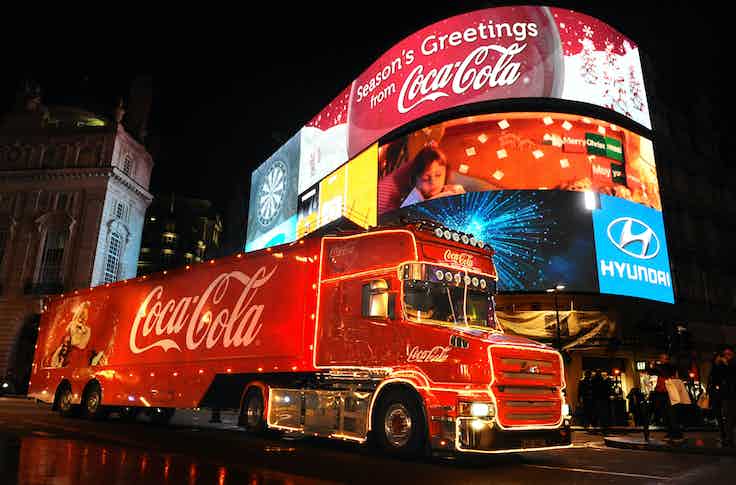